Yes, there's a lot of news in the world. Some idiot congressman is making stupid statements about gay people, but what's new? Healthcare is still being used as a scare tactic by the right and not being championed hard enough by the left, but...again, what's new? So, in all of that, I decided to skip out on political blogging and go with my partner, his brother, and his brother's girlfriend to the 2010 Chicago Auto Show.

No. I'm not a car guy, just in case your mind was just blown. Or, rather, I'm not your typical car guy. I like looking at new cars. I like looking at concept cars and hearing about all the amazing things they can do. I really don't care about torque or calibration or...carburetors...carboretors...no, carburetors. Whatever the hell those are.

In the spirit of Oh look at all the pretty cars!, I have provided a few of my favorite pictures from today's journey. Let's leave the Rioting until tomorrow. Until then, let's all pretend we have $100,000 to throw away on a new toy/mid-life crisis-mobile/road chariot.


PS This is the part where you start ooh-ing and ahh-ing. 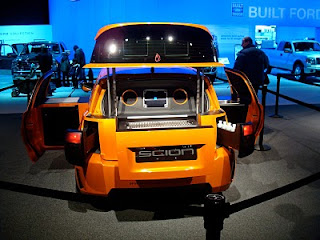 Yes, this Scion has a grill, 2 televisions, a wet bar, and a serving area. I'm not really sure they put enough in it. 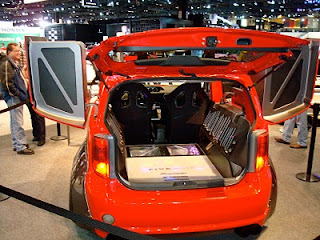 This Scion unfolds to become a DJ booth complete with Go-Go dancer-ready lit floor, and no, those aren't jet engines on either side, they're enormous speakers. And you thought your kids turned the speakers up too loud. 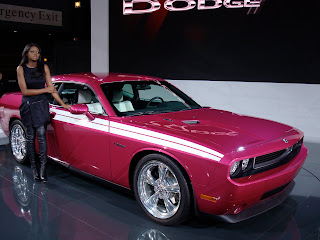 This was just pretty. I'm not one to like pink, but that's a damn fine color on that car. 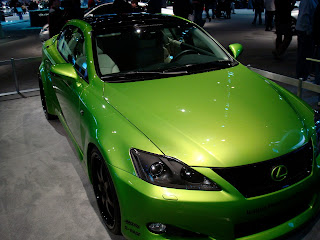 MY FAVORITE CAR COLOR EVER!!!! (Not to mention the $375,000 price tag. Anybody want to make that the Inciting A Riot Mobile? I'll love you forever!) 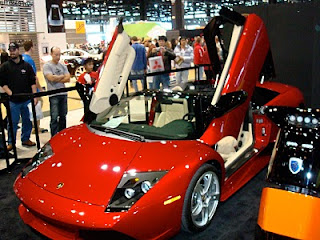 A car show isn't complete - apparently - until you've seen whatever Lamborghini is putting out this year. This beautiful model gets 9 whole miles per gallon of gas! What a steal, right? I'd just like it noted that I have now added Lamborghini drivers to the list of car owners that are going to be roasted faster on the rotis-a-mat in Hell for killing our environment one unnecessary car trip at a time. 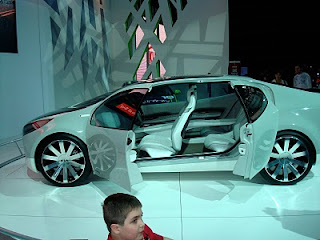 This is the Kia concept car. It looks JUST LIKE something from the Jetsons! This picture in no way does this car justice. And the front looks like a cat. I'm not a Kia fan, but WOOT Kia! 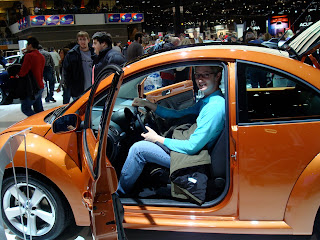 My favorite kind of car in the whole wide world, a Volkswagen bug. Except, I want a green one, and I want it to be a convertible. Again, anybody want to donate one to be the RiotMobile?
Anyone???
Anyone at all....?
Happy Auto Show 2010!
Email Post
Labels: On the Go Ramble On