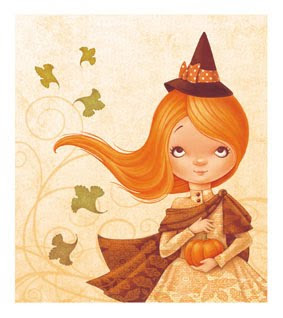 Today is a day to reflect on the balance within us, around us, and that which is exhibited through us. May you all be blessed and move (quickly) forward into the warmth and joy of the spring and summer seasons.

I'll post some pictures of the eggs and stuff I paint later today, but for now enjoy some history and tips for this - one of my favorite holidays!

Ostara
Also Called: Vernal Equinox
Related Holidays: St. Patrick’s Day, Easter, Feast of Isis (Egypt), Feast of Cybele (Italy), Aphrodite Day (Greece), Festival of Astarte (Greece/Rome/Persia), Festival of Athena (Greece), Hilaria (Rome)
Ostara’s name comes from the name of the ancient, Virgin German Goddess of Spring, Eostre. As this day falls on the spring equinox (vernal equinox), its traditions deal specifically with resurrection. Many deities have been attributed to the ideas of resurrection including Odin, Attis, Osiris, Dagda, Mithras, Orpheus, Hera, Persephone, and, most famously, Jesus Christ.
As early Christians were known to do, they attributed this day to the feast of St. Patrick in order to win over pagans. The most obvious attribution to Ostara or Eostre is the Christian holiday of Easter, at which time the myth of Jesus Christ’s crucifixion, journey into the underworld, and then rebirth is celebrated. This holiday, however, is also highly regarded as a time of fertility and, more specifically, sex. Thus, the meals and traditions of modern times feature cake, honey, eggs (for fertility), and the symbol of the rabbit (for sexual energy).
Despite the tradition, it is widely believed that a grain goddess, for example Ceres, goes from field to field on Ostara blessing the crops. Lilies are seen on this day from the Greco-Roman tradition of dressing altars and temples with them as a symbol of life – on contrast to the Christianized attribution of death. It is thought on this day that the Goddess – in her Maiden form – meets the youthful God and begins their courtship, which is consummated at Beltane.
Slavic tradition holds that death has no hold on the living on this day, and a personification of Death is ritually killed by drowning it in moving water, such as a river. Flowers were then tossed into the river as a symbol of life renewed. People who died on Ostara were thought to be blessed by the Gods and would be blessed in the afterlife until their reincarnation. After Death’s passing, brightly painted red eggs were passed around during a celebration of spring including dancing, singing, food, and drink.
Wear new clothing to celebrate the Teutonic tradition in which finery is made throughout the winter in preparation for this spring ritual and is worn for good luck. Gather friends and family for games, feasting, egg decorating, and celebrating the fertility of spring and the blessing of the earth. Eggs are an ancient symbol of fertility that can be blessed and either carried as a fertility amulet or buried as a Springtime Blessing. Rabbits are also pervasive symbols, as there is a tale of a lowly rabbit that wished to please Eostre and decorated eggs to do so. She was so pleased that she wanted the whole world to share in this joy. Thus, the idea of the Easter Bunny was born.


Ostara Blessing
Blessed is Ostara, the day of all Virgin Goddesses of Spring, the day of Eostre and Isis and Cybele and Aphrodite and Astarte and Athena and many others.
Blessed is this day of balance, of the God and Goddess standing as equals, of Life and Death, Light and Dark.
Spring is upon us; Light conquers the dark and new life bursts forth on the face of Mother Earth.
We bless the earth and thank her for the bounty of Spring!
Blessed be the youthful Goddess, Maiden of Springtime.
Blessed be the young God, Consort of the Goddess.
Blessed Be!
Email Post
Labels: Spirit Talk