You listened to part of the speeches and...songs (could you call them songs if they sounded like someone was killing cats?) from the local Tea Party rally in my neighborhood on the podcast. As I said, I took some pictures on my phone that provide sort of a 'rest of the story' look at the Tea Party.

The one picture I did not get, that I wish I had, was of a man in a felt Uncle Sam hat that had his incomplete census taped to his back with the words "NO TAXATION WITHOUT REPRESENTATION" written on it. As probably know it is required by law to return your census, but the Tea Partiers and conservative Republicans have scared the public into believing that turning in your census equates to handing in your year's salary and sacrificing your first-born child to the evil witch-doctor Obama. This is quite prevalent in Texas, where census returns from mostly Republican counties are down between 14% and 30%. Though, apparently this is typical as those same Republican counties only ever turn in between 48% and 72% of censuses.

I'll let the rest of the pictures speak for themselves. I think the one of the children holding signs while their parent is sitting there speaks volumes. Do you have any crazy political pictures? Send your pictures and comments to IncitingARiotPodcast@gmail.com or leave them in the comments box below!

P.S. This particular Tea Party rally got a write-up on the Chicago edition of Examiner.com. Check it out here! (and then head over to my page and take a read) 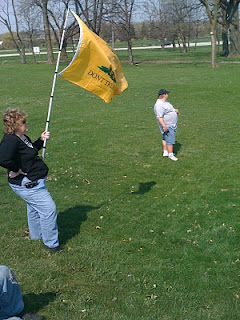 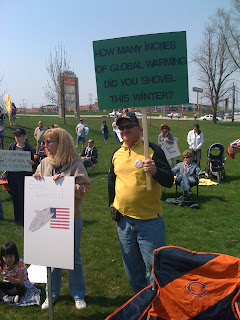 OH!!! I get it! Global warming completely negates the fact that winter happened! (Because that's what Fox News told me to say.) 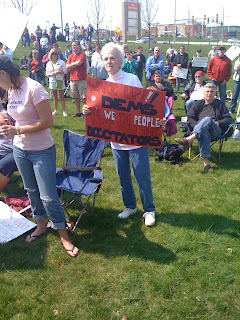 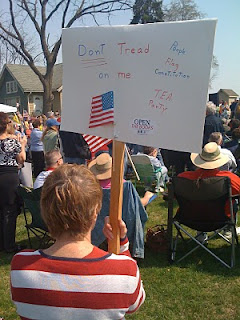 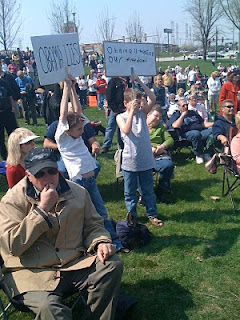 Yep, those are two small children - maybe 7 or 9 - holding signs that say 'Obama Lies' and 'Obama is taking our freedom.' Wonder who told them what to say...? No, I'm sure they understand the complexities of the American political climate. 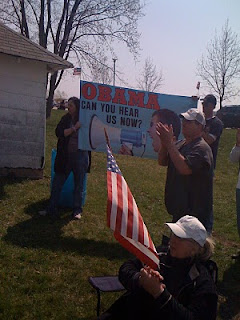 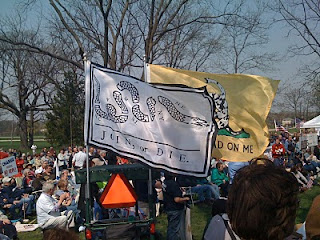 Join or Die... Yep, that's what the flag says. Join or Die. Well, I don't want to join, so what would they like me to do? 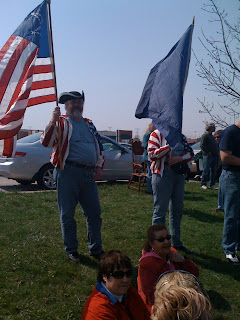 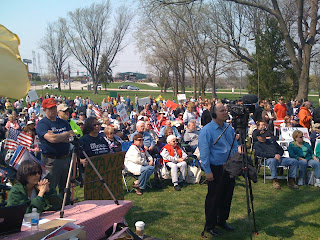