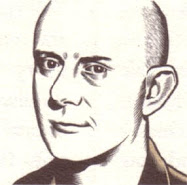 Rioters, have you ever heard of bands like Frightened Rabbit, MillionYoung, or Band of Horses? No?! Then that means you're not following Mulberry Merman's Marvelous Mixtape.

The Merman - also known as a sweet little New Yorker girl named Hayley - creates the most marvelous mixtapes (duh) of the best bands you probably haven't heard of. This girl's passion is music, and it extends back to her days on the radio (has EVERYONE been a radio DJ except for me?!) in college. She digs deep into the music world that exists outside of the bounds of Top 40 countdown charts and big budget music videos with machine gun bras.

For your listening pleasure, I recommend following Mulberry Merman's Marvelous Mixtape to get your fairly often-updated playlist essentials. She just came back from a 3-month hiatus, and we - her followers and devoted fans - are so grateful. Keep splashing, Merman!

In personal music obsession news: I am obsessed with a song that debuted on last week's So You Think You Can Dance. Jar of Hearts by Christina Perri is a heartbreaking song about a heartbreak that happened to, apparently, the wrong person to have their heart broken. She's the kind of person who - like Alanis so famously did in You Oughta Know - will make you immortal in a hit song. Last week, the girl had no record contract, and no music career other than posting videos on YouTube. One week later, her song is in the Top 20 on iTunes and featured on the front page.

No doubt one of those big budget albums is in this girl's immediate future. Hopefully she can write more than one good song. For now, though, enjoy Jar of Hearts by Christina Perri, and GO BUY IT ON ITUNES!!!