For a while -  a while meaning the amount of time I have been participating in online message boards, listening to podcasts, and reading blogs (not to mention my creation of the latter two) - I have heard a rather serious accusation. Three words that blindly and blithely eliminate an entire genre of music, three words that I have, admittedly, said time and time again.


Pagan. Music. Sucks.
In what seems to be a large portion of the pagan community, pagan music has become a laughing stock, the obnoxious sweaty uncle that we put up with as part of the family feast. The obnoxious sweaty uncle is loved by all (come on...he's your uncle, after all), but we really wish he wouldn't sit so close to us at dinner. When we're at the mall with our friends or out to eat at a nice restaurant and we see the obnoxious sweaty uncle, we are inclined to pretend we don't know the guy, because the minute he sees us he makes big, obnoxious, sweaty hand gestures, and loudly calls our name, and comes over and makes a big scene about how much he misses us and wishes we would come around more even though today is Monday and we just saw him at the family dinner on Sunday. We defend him to non-family, laugh at his jokes (because he can be pretty funny sometimes), and all around enjoy him...from a distance and in the proper amounts. (Gosh that guy can induce some kind of headache after a while...a while being 30-45 minutes of straight conversation.) 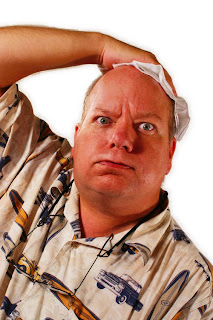 You get the picture.
I feel the same way about pagan music. A lot of people say, "Pagan music sucks," but they don't give the reason why. Or they do, but it's basically a take on, "Well, it just sounds kind of like 'wah wahh wahhh' and there's lots of acoustic music and people that can't sing." But, this argument isn't a very good one. Enya, for one, makes a VERY good living off music that sounds like 'wah wahh wahhh.' A lot of artists, very big names, do acoustic music - or, at least, acoustic versions of their songs (like John Mayer, Lady Gaga just released an acoustic of Born This Way, Alanis Morissette did several albums of acoustic music, etc.) And exactly how many times have you heard the complaint that multi-platinum recording artists these days can't actually sing? (Britney Spears, Ke$ha, Justin Bieber...oh wait...that last one's just me.)
Those qualifications don't hold a lot of water, because a lot of people make a lot of money doing at least one if not all three of those things simultaneously in a recording studio. So, what makes Pagan music so different? Well, your mileage may vary, but here is my list, my reasons for disliking much of pagan music:
Long story short: It's a lot of the same thing, and it's been that way for a good long while. As progressive of a community as we are, we seem to hold on to our pagan style of music for dear life. It can't change. It can't modernize, because (and this is just my pontification) then we'd be one step closer to being like everybody else, and that would simply be a crime. But, I've got news for the pagan community. We're growing. We're getting new members. Young. Old. Black. Asian. Latino. Gay. Bi. Transgender. Rich. Poor. Middle Class. Every color of the rainbow. Every socio-economic background. People from all walks of life are flocking to paganism, and they have a lot of different tastes in music.

This, I believe, is where pagan music is going wrong in 2011. If you'll indulge me for just a moment, I'd like to talk about Christian music. I actually enjoy a lot of Christian music. Some of it can be exceedingly joyous and put one in a reverent, happy, or all around good mood without actually talking about obvious Christian topics. Why? Well, about 20-30 years ago, Christian radio stations began piping out music that sounded more and more like what was playing on the Top 40, R&B, Rap, and Adult Contemporary stations. There were good singers who weren't singing the standard hymns and spirituals anymore, though those certainly existed. There were as many flavors of Christian music as there were Christians. Some of it was annoying. Some of it was in the good-ol-boy-that-works-at-an-Abercrombie-store-but-is-still-a-wholesome-Christian-that-plays-his-guitar-for-his-church-youth-group style - these days called by many churches "praise & worship" music. Some of it covered old stand-bys with an added guitar riff, but then there were the stand outs. A lot of Christian bands and singers have become major mainstream stars.
MercyMe became fairly big in 2001 with their hit "I can only imagine." Following their crossover success, the singer Stacie Orrico in 2003 had several number one singles (Stuck, There's Gotta Be More to Life, and I Promise) off her self-titled album that was actually nominated for a Grammy in 2004. The band Switchfoot was an extremely popular Christian band that had insane success with their 2003/2004 album 'The Beautiful Letdown' (which is one of my personal favorites) that produced the hit singles "Meant to Live" and "Dare you to move". This band actually did win a Grammy, sold millions of records, and is still played on mainstream radio stations. The list goes on. Several Christian singers since then have become Disney stars, actors/actresses, made a lot of money and had a lot of success all without ever compromising the quality of their music or their message. Sure, there have been a lot of folks that claim to be Christian that do all kinds of crazy shit, but they typically are not put into the genre of "Christian singers".
The point is that it's possible. There are Christian rappers (DC Talk, TobyMac, etc.) and R&B singers and acoustic singer/songwriters and techno artists, and the list runs the gamut of musical styles. The singers sing about God and Jesus and Getting To Heaven, but they also sing about sticking to your beliefs, believing in yourself, the importance of having fun, how to deal with shitty times, relationships, etc. Basically, all the things people typically sing about. Life. Living. The Human Condition. One doesn't have to limit themselves to one style or one message to still be considered a 'Pagan singer'.
Now, when I say that pagan music sucks, it is a misnomer. There are some quality musicians out there putting out good quality music. Just like our obnoxious sweaty uncle (didn't forget about him, did you?), we love pagan music. It speaks to who we are as a community, as a people, and as individuals on a spiritual level more than any other genre. But, we need some variety. I get a lot of people saying, "No it doesn't. That's not a rule. When did that become the way things are?" Well, those people tend to like the genre of music that pervades the pagan music scene these days. A lot of us, however, don't. Of course, then you get the guy who's like, "Sure they can't sing or play instruments or keep a beat, but they're really into it and it's more important to feel the Goddess working through you than to be musically pleasing. I mean...it's like...a spiritual experience, man..."

To each their own, I suppose. It is not a hard and fast rule that pagan music sucks, but for the droves of those turning to paganism that desire to incorporate it into more areas of their lives than just their altars, it is disappointing to see the lack of individuality, originality, and style.
You have to think of it like organic food at the supermarket. Supermarkets used to never carry organic food. Then, at one point due to demand, they began carrying things like organic milk and juice. When demand for that was at a certain level, they offered more organic products, but the prices were still expensive. Eventually, and this is still in progress, more stores offered more variety at values pennies above, at, or sometimes below the average price of the non-organic competitor. If we want better pagan music, we need to support the artists we feel are good. We need to buy their music that is readily available on iTunes or on their websites. We need to show the few artists that are good that we appreciate good and reward it with money. That way, being a pagan musician is a much more attractive and lucrative career option for an aspiring musician.
Who knows, maybe one day we'll have a pagan Stacie Orrico or Switchfoot of our own winning Grammy's and topping the charts. For now, we have our obnoxious sweaty uncle that everyone abides, most love, and everyone wishes would just go take a shower, get cleaned up, and come back out with a different outfit for once.
What do YOU think? Let me know who your favorite pagan artists are. Do you disagree that most/all pagan music sucks? Let me know why with a comment below!
Love and Lyte,
Fire Lyte
Email Post
Labels: Gripe Department Personally Me Ramble On Spirit Talk