Want to Win an Oddling?

Rioters! Mrs. Oddly, the new sponsor of the podcast, has created something rather amazing exclusively for you! In her Etsy shop she sells the most adorable "helper" dolls - also called Oddlings. They usually sell for around $13, but you can get one for free!

From now until the first show in May - whenever that is - I am taking entries for a Project Pagan Enough centered show. I'd like to hear from you, the Rioters, about how Project Pagan Enough has altered your way of interacting with the greater pagan community over the past year. Or, how you were negatively affected by another pagan's reaction to you because of something superficial about your appearance or personal tastes. I want to hear your stories about times when you were able to sit down and proactively talk out your differences and times when the other person simply wouldn't hear it.

I can't wait to hear from you! Submit all entries to IncitingARiotPodcast@gmail.com, as these will be used for the show and not the blog. Look below to see the amazing and adorable dolls two of  you will win! 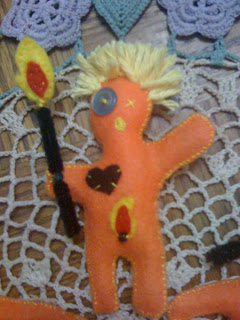 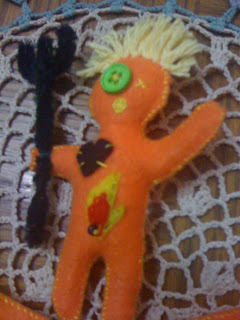