Skip to main content
Labels
Posted by Fire Lyte May 13, 2011

The Next Level (Or, No Wicca For You!) 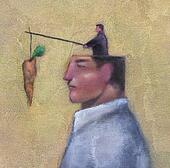 An interesting dynamic was formed a number of years ago in the Pagan community, a dichotomy that is very nearly oxymoronic if not diametrically opposed. It is the conversation, the debate, between dogmatic pagans (for the purposes of this article, we’ll interchange ‘religious’ pagans with ‘dogmatic’) and spiritualist (or ‘seeker’) pagans. Now, I realize that many folks will immediately get hung up on my terminology, so I will attempt to clarify what I mean by each of these terms.

A religious/dogmatic pagan is one that ascribes to certain religious or spiritual doctrine or rules. Under the Pagan Umbrella, these folks are typically the ones with proper names: Wiccan, Asatru, etc. (And, yes, I realize an entire discussion could be had on whether Wiccans or Asatru and the rest are technically pagan, but we’ll leave that for another time.) So, basically a dogmatic pagan has…well…dogma. They have rules and standards and practices and such. One cannot simply claim to be Wiccan without doing the work that comes along with the rules and ideologies and tenets of Wicca.

A spiritualist/seeker pagan is the other side of that Pagan Umbrella. It’s the folks who barely label their spiritual beliefs at all, that claim Pagan usually because of its associations with either magic, earth worship, or an otherwise earthy, natural system of practices. I think I’ve made it fairly clear that I fall into this category, simply because every time I am presented with a set of rules and regulations, I begin poking at them with counter-research and further academic study until (to mix metaphors) that boat won’t sail.

Being in that second category, I admit to being quite jealous of those in the first category. There are times, and these times are typically at the big 2 sabbats of Yule and Samhain, when I long for simpler beliefs. A story. No…simpler is not the right word, because belief in any deity at all is not a simple thing, but a rather big leap of faith. A more relegated faith…perhaps that’s the right terminology. A story that is told, a wheel and a walker of the wheel, a God and Goddess of the earth and sky. All of that.

But…sadly…being in the second category (which is almost its own umbrella including academically minded pagans like myself and apathetic pagans here for the party) I constantly push the envelope. I question and compare and contrast until the rules and regulations not only don’t make sense…they seem a little silly. Now, I should stop here and say that whatever category you are in, I completely abide by the Project Pagan Enough tenets. I would never, and am not going to here, say that because you are a dogmatic or apathetic pagan that you are not a ‘real’ pagan, or that my way is superior to anybody else’s. So…yeah… With that said, I have one particular hole that I’d like to poke at a little more. Please exit here if you dislike snark and/or particularly dislike when folks discuss the pros and cons of covens.

Recently one of my favorite pagan podcasts had an interview with a guy who talked a lot about what it means to initiate into and be in a coven. It was a fantastic conversation, but (like many of you when listening to my show tell me in your feedback) as interesting of a discussion as it was I completely disagreed with the ideas. Again, I’d like to just carefully remind you all that I am simply posing a counter-argument.

The big issue I took with the conversation was the emphasis put on one person deciding when another person is ready for “the next level.” Whatever “the next level” is in your respective tradition. He actually made a big deal about patting himself on the back for disallowing someone initiation into his coven for 8 years, but still allowed the person to be a member…because they weren’t ready for the awesomeness of the change that would come over them - or should come over them - when they actually did initiate. At least, I think that’s what he meant. There was an analogy about initiation being the equivalent of shoving salt in your mouth until you’re forced to drink water…which just seemed a bit off to me. But, I make a lot of odd metaphors, too. So…there’s that.

Ya know, if someone is hanging around your group for 8 years, I think they’re dedicated to you, your group, and whatever mighty secrets you think you have to impart as a High Mugwump of your tradition. I think it’s the height of exclusion to kind of dangle the carrot of inclusion in front of someone for nearly a decade, holding the keys to the secret Wiccan kingdom of wisdom until you feel someone else is ready for them. Isn’t it?

To my understanding, a lot of initiatory paths in the Pagan kingdom of dogmatic faiths have a year and a day principle. Your waiting period to make sure you’re serious is a year and a day, your degrees each take a year and a day to obtain, and so on. Shouldn’t the opposite of those time periods be true? If after a year and a day of knowing someone that is interested in joining your coven you feel they simply are not in the right mindset, shouldn’t you tell them to go away or recommend another coven or possibly recommend the proper tools that will help them get ready in whatever way they’re derelict - according to you?

For example, if you’re making someone wait 8 years to enter your coven because they just can’t seem to get the basics down, couldn’t you have them reread, I dunno, Wicca: A Guide… by Scott Cunningham, or further have them read something a bit more academic about what it means to be Wiccan/Pagan in America in the past half century like Drawing Down the Moon by Margot Adler? If it’s because they don’t have the history right, recommend the textbooks you believe. If they are just mentally or physically unfit to accept the awesome magicality, the spiritual significance of initiation…couldn’t you recommend a good therapist or a gym membership?

I think the biggest problem I have is when someone else tells a person that they cannot do something for no other reason than you think they’re unfit to do it. They’re not ready. I’m not talking about if someone were to tell me that I can’t walk into the White House and just become the President or I can’t walk up to the bench press and knock back three sets of 12 reps at 400 pounds. There are real reasons why I can’t do those things. Now, maybe one day I could if I tried very hard, but at this point in time the possibility of that happening is non-existent.

No, I am talking about the times when someone says you cannot do something because of their individual, subjective opinion that you’re just not fit for that kind of thing. I’m going to get a little cliché and talk about Beethoven here. For those of you who don’t know, he is widely regarding as one of the greatest classical composers to ever live. He was also deaf and a child born into a family where nearly all the other children died from terrible complications at birth. In fact, if you have any folks in your email circle of friends that happens to be pro-life, then you probably have gotten an email to the effect of “A woman was told to abort her child after having 5 children die at birth because of physical or mental retardations and terrible complications. Instead, she chose life and that child became Beethoven.” Some of those facts are true, some aren’t, but that’s not what matters.

What matters is that Beethoven was deaf and for all intents and purposes he should not have been able to compose the way he did. An anecdote is widely circulated in the musical world that when Beethoven was conducting his final symphony, he continued to conduct even after the music had been finished, because he couldn’t hear the end. And yet, he is immortalized as one of the greatest composers the world has ever seen.

This is what I do not understand, and it takes a special place of significance when it comes to your God-In-A-Box of choice. I do not understand how someone else can subjectively tell someone else who is seriously attempting to study/learn/grow with your group that they are not ready for “the next level.” I believe that the various religions, faiths, and belief systems are just multitudinous methods for putting the infinite in a box. For categorizing and compiling the divine into a box and making it pop when you want. It’s a personal hurdle of mine, and I realize it is off-putting to most, but there you have it.

None of us knows the true nature of God(dess). None. Of. Us. Not your High Mugwump in your Boogie Woogie Coven. Not your Super Sage Sassypants in your Extra Magikkal Grove. Not your Fire and Brimstone Preacher, nor your Dalai Lama, nor you, nor me. So, who do you think you are in telling someone else when they are ready to continue on their very personal, very sacred spiritual path towards that divine?

If you have knowledge, share it. I’ve always been like a kid wanting to get in the cookie jar when I know someone knows something important and is keeping it from me. I feel a need to know, to understand. I have never understood why, if the information could benefit that person, you would keep it from them.

Though, admittedly, this is exactly why I am in that second category of pagans. Secret knowledge and levels and degrees and super secret codes and sigils and all of that…it seems like bunk to me. It seems like an unnecessary dividing line. A way to have a little power or assumed authority in a path where those things typically don’t matter. Of course, not every High Mugwump is like that. Many (probably most) genuinely desire to teach and to cultivate an initiate into a fully fledged practitioner. And, I am not trying to call folks out as charlatans or false priests, but merely asking…what’s with the holding back? If someone isn’t ready or worthy enough for you, do you help them get that way or do you just make them wait, promising them initiation at an ever-increasing timeline? 8 years…seems like an unbelievably cruel amount of time.