All the Bigger Things 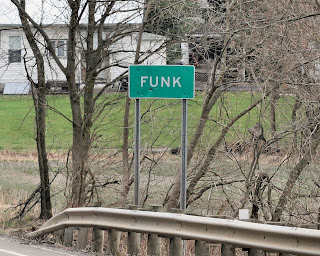 Suffice it to say that I've been in a funk. I do plan on going into much of the funk in episode 56 of Inciting A Riot: the Podcast - which, obviously, didn't come out this weekend, thanks to the funk.

There have been person issues going on with shoving my gorgeous altar into 2 laundry baskets and decamping it to the garage for the week. I've been dealing with work, more specifically a boss who is quickly becoming loathed by all who work for her. And, then there's the deep, dark, icky kind of funk that slowly wells up from time to time for a number of deep, dark, icky reasons. Luckily, I've not been in that place in quite some time, and it looks like I'm on the sunnier side of that mountain now.

But, then, today I heard a piece of news that immediately brought things into perspective. South Sudan became a country this past weekend. In an area of the world that has been wrought with genocide and the kind of day-to-day reality that makes your worst nightmares look like Super Happy Fun Time, a level of peace and safety was interjected earlier this month. Now, putting up an imaginary line in the sand and setting up a government doesn't equate to a happy ending, but it's a start. It's big news.

It definitely puts things in perspective.

I mean, our country is on the brink of economic collapse because our party leaders can't stop posturing for 5 minutes in an election year to actually get stuff done. Economic collapse! We're supposed to be the best country in the world. A beacon of hope and forward thinking and coming together... And we're seriously about to tell the world we just don't feel like paying our bills.

It seriously puts things in perspective.

There are dozens of stories lately filled with joy and hope and fear and great wrong and everything in between on such a scale that it dwarfs my dark, icky insides.

That is not to say that someone's personal ick isn't as important as major world problems, because that's not true - and anyone who tells you otherwise is lying. If what you're going through is just as torturous as the genocide in Sudan, if your dark insides leave you feeling as one who is wrongfully imprisoned, if you are as deep and dark as the worst headline in the news...don't ever let anyone else tell you it's not important.

But, everyone has their trigger. And, this time, for me, that perspective was what woke me up.

My torch isn't burning at full flame quite yet, but I'm back from the funk.