Walgreens: The Happiest Employees Ever

Walgreens pharmacy is the largest chain pharmacy in the country. Like many massive businesses, it has a litany of policies. I haven't worked for Walgreens, but if their policy manual is anything like any of the other exceptionally large chain stores I've worked for, not only is it impossible to memorize the bible of corporate mandates, but many of the rules are contradictory.

For example: If two masked men come into your store, take an employee hostage, and fire upon you three times, you are not to defend yourself. Unless, of course, you want to be fired.

Jeremy Hoven, a pharmacist who was recently fired for the aforementioned circumstance, is fighting back. Walgreens claims that Hoven violated two of their policies: a Non-Escalation policy and a ban against employees carrying weapons.

Tiffani Washington, a spokeswoman for the Illinois-based company, said Hoven's actions broke procedures that Walgreens' developed in cooperation with law enforcement. "Our policies in this area are created to maintain maximum safety for our customers and employees," Washington said. "Our employees receive very comprehensive training on what to do in the event of this kind of situation ... Compliance is safer than confrontation."


Hoven originally obtained his license to carry after the exact same pharmacy was held up at gunpoint in 2007. So, you know, Walgreens is really intent on employee safety. Want to know how you can tell? The presence of security guards, on-site police, or any additional protections for their night shift employees at a pharmacy that has a history of criminality.

They, instead, say that they carefully train their employees for how to handle situations like this. Well, I've worked about a half dozen retail jobs or more (it's more), and I can tell you how most of these places tell you to handle the situation: 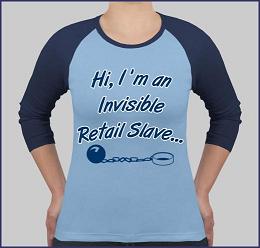 I just wonder how Tiffani Washington of Walgreens would react if the two gunmen had killed their hostages and the pharmacist and made off with the money. I'm not a big fan of guns, but if I were one of the individuals whose life was saved by that pharmacist's actions, I'd be rethinking that position. The entire video of the situation is right here:

In completely unrelated news: Walgreens is getting sued by a diabetic/hypoglycemic woman who was fired by the company for eating chips to help regulate her blood sugar.

According to the suit, Hernandez was working as a cashier in September 2008 when she felt an attack of hypoglycemia coming on. She grabbed a bag of chips, gobbled them down and paid for them as soon as she could the same day.


As a hypoglycemic person, I've let my employers know that - should my blood sugar start to drop - I WILL be grabbing the nearest starch (because starch converts to the sugar you need) and snacking down. I've had employers try to get me in trouble for this before, and I've let them know I would love to see them pay for an ambulance to come pick my body up off the sales floor.

All-in-all, it looks like Walgreens is the best place to work with the happiest employees in the world!

What do you think about these cases? Is the pharmacist a hero? Does that matter? Or, is the company right, and the letter of the law should apply in all cases without impunity?