It's just not the holiday season without... (My Holiday Movie List) 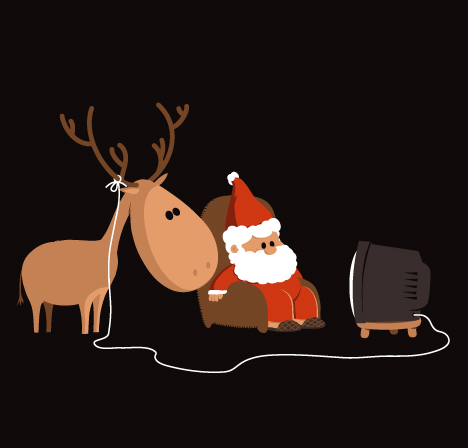 Sure, It's a Wonderful Life is the most watched Christmas movie. The Christmas Story is the cult favorite that brought us a twisted, true-to-life family holiday season. Miracle on 34th Street makes you feel like you're 6-years-old again, and White Christmas is arguably the greatest holiday musical ever made. There are the typical staples of the holiday season, and then there are the holiday movies that weasel their way into our hearts. These are the films that most folks may not know exist, but they absolutely make the holiday season special. Below are some of my films.


The One I Discovered This Year: Terry Pratchett's The Hogfather.

This one is absolutely perfect for pagans, non-pagans, people that like British accents, and anyone that wants to see Death in a Santa suit. It is possibly the most poignant, delightful, hilarious, and all-around perfect holiday movie I've ever seen. Since discovering it via Netflix this summer (and basing an entire show around it), I have told anyone who will listen to watch this movie. One warning: It's long. Like...nearly 4 hours long. But...so...freaking...worth...it.


The One for the Gays: Make the Yuletide Gay

Are you like me? Do you love those rather cheesy holiday movies that come out on Lifetime or Hallmark? Do you ever wish they had one with two male leads? Here's your answer! Make the Yuletide Gay is just about as sweet and wholesome as anything on the Hallmark channel. Its story is good enough to keep you laughing, and the drama and rising action doesn't beat you over the head with some greater message. It's fun for the whole family, especially if that family includes two dads. (Or two moms. Where my lesbians at? Holla!!! ...umm...sorry...ahem) Partner and I have added this to our perennial list of must-sees. If you're gay, lesbian, somewhere in between, or just like good, clean holiday movies, shoot this to the top of your Netflix queue.


The One with Shirtless Men: 12 Men of Christmas

The Ones You've Heard of But May Not Have Seen: The Other Rankin & Bass Specials

Ok... These are a bit on the nose, and most of you have seen them, but just in case you haven't... One of my favorite Rankin & Bass specials (they're the folks that do those stop-motion movies with the felt characters) is The Year Without A Santa Claus. It's full of magic, fun, and Mother Nature. (Yes, she actually appears as a character.) This was later made into a full-length, live-action movie with John Goodman. That should be avoided at all costs.

Also on the R/B list is The Little Drummer Boy. You probably remember seeing it in the previews at the beginning of your other Rankin & Bass specials - Santa Claus is Comin' to Town, Rudolph, Frosty the Snowman. But, The Little Drummer Boy is a special in its own right, and downright adorable.

Jack Frost has been making a resurgence in the past few years. This R/B special was pretty much forgotten in the late 80s and early 90s when everyone was buying up the specials on VHS. But, since the advent of the internet, Jack Frost has become pretty popular again! This is the final one in my "other R/B specials" list.

The One That's a Little Bit Witchy: The Good Witch's Gift

The Good Witch movies by Hallmark are good anytime of year. The Good Witch's Gift was set during the Christmas holiday season, and is about as romantic and cheesy as it gets. Also, the main character is a witch. Sure, she's a benign, completely un-Hollywood witch, but she's just witchy enough to keep your interest, and the rest of the movie is good fun, too.

While this is by no means a complete list, these are some of the movies that make my holiday season special. Many of them are a bit obscure, or lost to the depths of cable tv. Either way, I wanted to share them with you here!

What are some of YOUR favorite, slightly obscure holiday movies? Share in the comments below so that we can all enjoy!