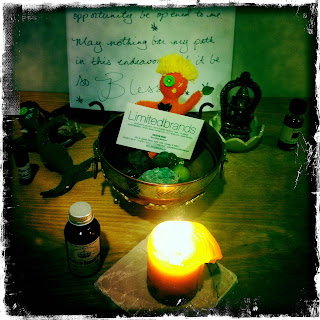 Jobs. We all have to have them - unless you're Mitt Romney - and most of us hate ours. I'm not being over-broad here. There are statistics on this. (Because, there are statistics about everything.) Deloitte's Shift Index survey says that 80% of people hate their jobs. That's a lot of people. The question a lot of us must ask is: Do I choose to do something I love, or something that pays the bills?

As for me and my house, I have chosen a paycheck. Sort of... Now, I have family members that have chosen a PAYCHECK - in big capital letters to denote the massive size of said paycheck - over a passion. They hate their jobs, are hardly ever home, and wish to high heaven that they could escape into an alternate world where they'd chosen to be a musician or nutritionist or something else they'd rather do. Then they see the number of zeros on their check and get a bit happier. Well, at least they can buy a brand new car and fancy gadgets, which is like being happy....but with more apps.

I've chosen a paycheck, lower case. I don't have a massive number of zeros, because I've not completely sold out the last remaining vestige of my personal life: my time. My time to write this blog - yes, the few minutes I take a day to comment on news or to share my thoughts on spirituality. My time to podcast a couple of times a month. My time to read a book and go to a book club. I chose a paycheck that gives me some extra breathing room from time to time, and requires less neurons to obtain than there are nuggets in a Happy Meal.

I have no loyalty when it comes to my job. Seriously, it's just a job to me. I accidentally landed in this retail career path after my passion was pulled out from under me, and I'm making the best of it. Making it work for me.

That's where the altar comes in...
About a week ago, I was recruited for a possible great new job. There are a few hurdles I'd have to get over to get it, but I'm really hoping it comes through. Thus, I have employed magic. Or, well, an entreating of the gods to work on my behalf. Either way, I got witchy about the situation - with a little help from my friends.

Many of my witchy friends have given me items over the years that I ended up using for this altar. Special thanks go to Velma Nightshade, Mrs. Oddly, and Cory of New World Witchery. I've been anointing the candle and business card once a day for a few days now, and letting the candle burn for 13 minutes. It's a bad Cunningham-learned habit I can't break. But, I set my timer on my phone for 13 minutes, and voila! Instant daily job ritual.

Any tips or tricks would be appreciated!

In just for fun news: On Twitter today, a few Rioters and I started discussing Modern Gods. Sort of like the book American Gods by Neil Gaiman. What are some of your favorite Modern Gods, beings we worship today that are unique to our modern lives? (Remember, this is all just for fun. No real deities were created in the making of this meme. Or, Meme...)

Some of my favorites so far:

Join in the fun by using hashtag #ModernGods on Twitter! Or, leave your favorite ideas for Modern Gods in the comments below. I might just convince Mrs. Oddly to make a line of Modern Gods Oddlings for some of the best ones.