A Dark Night (memoriam of the fans) 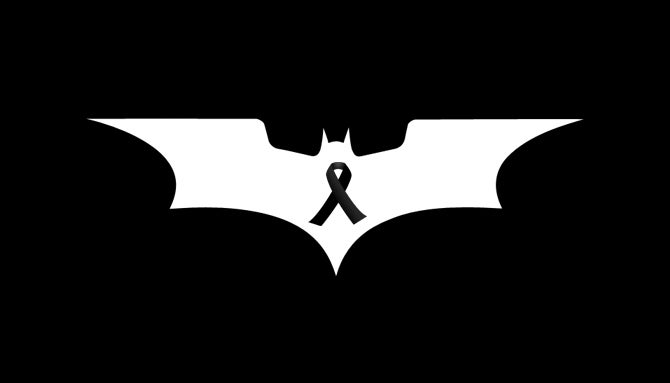 If you have not heard the news yet, then you should know - to the best of my knowledge - 71 people were shot by a man at a showing of the Dark Knight Rises in Aurora, Colorado late last night. I will not try to give details, as they've changed almost hourly today. And, in times like this, the details both matter and don't.

I'm sure that I will give a recounting of the information, of more of the gory details once the media actually latches on to the facts, but for now I'd like to mourn the passing of those that died and pray for those that have been injured. I'd like you to join me in lighting a candle - or however you signify a sign of solidarity and respect - as vigil wherever you are for those in Aurora. The man that did this was obviously an incredibly disturbed individual, as I cannot think of any way to characterize someone who would shoot 71 strangers in a movie other than as a monster. As disturbed. As wrong.

Something about the words of George Takei, an actor known for his famed science fiction roles in shows like Star Trek and Heroes, struck me this evening as poignant and close to home. He said:


Many victims of today's tragedy were fans of science fiction/fantasy. They stood in line to be the first to see, to be inspired, and to escape. As a community of dreamers, we mourn this terrible tragedy and this senseless taking of innocent life.

I think, possibly, as a comic fan, it's more natural for me to turn to the source material. Batman once said

We impose meaning on the chaos of our lives. We create form, morality, order. It's a choice we have to make every second of every minute of every day.


Times like this...we want a meaning. I know in criminology, we want to know why this guy's wheels clicked the way they did, but it doesn't make anything better. It doesn't bring people back, and it doesn't even really stop the next crazy person. That's the thing about crazy. We're never going to be able to tell who the next one to snap will be. I can both take solace in that and be sickened by it. I take solace, because when I accept that truth, a truth that errs on both sides of a sharp blade, I understand whatever will come to pass is what was always going to come to pass. I was always going to arrive at this destination. And...on the flip side...it sickens me at the horrendous injustice, the unfairness of it all. Why can't bad things happen to the bad people and leave the rest of us the hell alone?

The harms we inflict on one another are great, and I mean that definitively. And, I suppose I'll take a note from Batman here, and choose morality...at least for myself. He's right, too. Just under the surface lies a chaos that we like to ignore. We're people, not animals...except that we've got all the instincts to suggest the latter instead of the former.

I'll close with this. It's 10:12pm as I write this. I will click publish and post it to the various social networks associated with the Riot, and then I will go to bed. I hope that as I sleep this evening, I get to watch Batman kick this guy's ass.