Partner has been gone this week. I'm sure if you keep up with my social networks, you've been privy to this information. Today, in order to prove a point to myself - something between I am not a crazy person who talks to his pets and I can do stuff on my own if I dang well feel like it  - I took myself to the movies. I chose Cloud Atlas, mainly because I've been salivating over the trailer for quite a while.  Here's what I thought I knew about the movie going in: Halle Berry and Tom Hanks are lead actors in a movie about reincarnation where they meet and affect each other's lives over many lifetimes.

And, if I were to tell you that is what the movie is about, that would be a lie.
The thing about saying, 'This movie is about such and such' is that it implies the plot is singular, linear, that it has a beginning, middle, and end. And, while the film is technically linear - each of the six stories take place along a chronological time scale - saying that this film follows that kind of thinking is incorrect. It is new thinking altogether. Let me explain.

The film is based on a book, which I now must read immediately, also called Cloud Atlas which was written by a man named David Mitchell. The story is made of six stories that weave together like this: 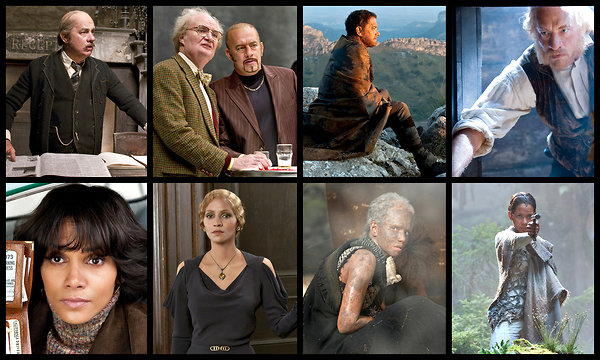 Character A does some stuff, which is written down, and X number of years later Character B finds that story and is influenced by it but also does some cool stuff which is recorded and passed on to Character C....and so on.

If that is all it were, again, the story would be quite linear. Shakespearean, even. The ever-changing, ever-influencing nature of a man's life. Except, there's this quote by the author:

Literally all of the main characters, except one, are reincarnations of the same soul in different bodies throughout the novel identified by a birthmark...that's just a symbol really of the universality of human nature. The title itself "Cloud Atlas," the cloud refers to the ever changing manifestations of the Atlas, which is the fixed human nature which is always thus and ever shall be. So the book's theme is predacity, the way individuals prey on individuals, groups on groups, nations on nations, tribes on tribes. So I just take this theme and in a sense reincarnate that theme in another context...

This is not a movie with a plot twist. I'm not beating around the bush or not giving harder details because I'm afraid of spoiling it for you. The problem I'm having in describing this movie is that I'm not quite sure it's all settled in yet. Except, there's one thing I know...


You must see this movie.

It is a movie I will buy just so that I can watch it with every commentary available, every deleted and extended scene, and merely by itself at least 40 or 50 dozen times so that I can understand the minutiae of connections. It is truly a marvel of film. However, I don't know that it will translate into a blockbuster hit or if it will win any Academy Awards other than those for costume and effects. Though, it did receive a 10-minute standing ovation at its original screening this past September. So, I have hope.

While it is mostly safe for kids (there's one sex scene that shows breasts, though it is brief), I'm not sure they'll want to sit through the 3 hour long movie. But, if you have some friends that enjoy a good thinkfest, then I recommend taking an afternoon to watch it and spending all night with a bottle of wine discussing it.

Oh, also, in the final story, Hugo Weaving plays the Devil, and this is what he looks like: 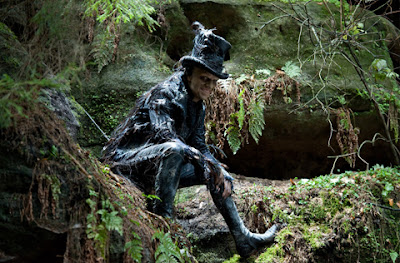 I thought of Cory from New World Witchery every single time I saw him on screen. His fingernails are raven feathers and there's something very, very creepy about Weaving's depiction of him. (I think he's called Ol' George, but I could be mistaken.)

Will YOU be watching Cloud Atlas?