For a little while there, I was on a roll. A blog roll. (There's a mild pun in there for you internet savvy folks.) Sadly, I'm working between 55 and 60 hours a week. Add in a 2 hour round-trip commute, and I'm working 75-80 hours a week now, which is not likely to end any time soon. So, I'd like to take a quick moment of your time and direct you to some of the AWESOMENESS going on around the interwebs and beyond.

We'll be looking at entertainment, literature, politics (yes, politics), and a few other bits. Feel free to share your own bits of awesome in the comments below!

There's this video that is just going as viral as videos can go, racing its way around the interwebs. Get behind gay marriage, or gay men are coming after your girlfriends.

If you know anything about me, you know I have a love of fairy tales. Some of my favorite fairy tales come from a woman known as the Witchy Godmother. For a time, her Witchyness was not publishing her stories for us all to enjoy, but she's back and better than ever! You can find her on Facebook or by visiting her brand new blog at TheRealWitchyGodmother.blogspot.com. Check out her latest video story below!

Welcome back, Witchy Godmother! Can't wait to visit you through the Woods of Wonder, by Giggles Creek, and near the Mountain of Imagination.

One of my favorite authors - and friend of the Riot - Robert Kroese has some exciting things happening! Firstly, his new book Mercury Rests (along with the rest of the Mercury Trilogy) was the Kindle deal of the day. If you love awesome books, you should very much spend the $1.99 to get the final installment. (Like all good series, though, there are supplemental Mercury tales, including Mercury Swings and Mercury Rises.)

He also has a fantastic new Kindle serial out, which is a book that is published in episodes. Luckily, the book is a one-time charge of only $1.99. The new Kroese book is called Dis-Enchanted and revolves around a total viking-like badass named Boric. It's hilarious, sarcastic, and features just as rich and developed a world as his Mercury novels. I highly, highly, highly recommend heading straight to Amazon and getting your copy! 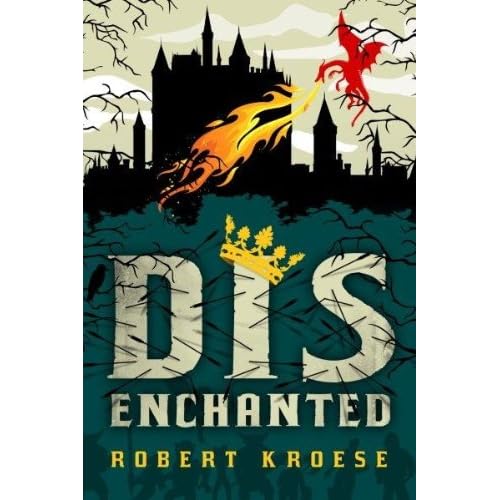 There are a little over a dozen states petitioning to secede from the Union. Not kidding. Go ahead. Laugh. I have been... All. Day. Long. Here's how it's happening: There is a program on the White House website that allows citizens to submit a petition. If it gets a minimum of 25,000 signatures, the White House has promised it will seriously consider whatever it is being petitioned and pass it along to the appropriate channels for an official response. Granted, the response can be simply "No," but it placates the populace to think that someone somewhere cares what the little guy thinks.

Here's the kicker: some of the states have reached the 25,000 petitioner threshold. One state in particular - Texas - has over 35,000 signatures to the petition at this point, and I'd expect that number to reach over 100,000 by end of day tomorrow given the viral nature of the news story.

While it's a bit amusing, and some of the letters reasoning why the states should be granted secession are simply ludicrous, it's nothing new. People have been attempting to secede from the United States almost since its inception. What I love, though, are the states like Delaware that want to secede. Exactly how would they survive? How would they fend off an invasion? Who would they trade with? Nearly every state on the list would be forced to trade with the United States, as we're the richest nation in the world. Oh, and it'd be geographically better.

It should be noted that as of Monday night, a counter-petition had been proposed for Texas that opposes secession. It had - at that time - 3 signatures.