What I'm about to write is going to make many folks feel instantly pissed, but...you know...Riot and all.


CAN WE STOP MAKING FUN OF THIN PEOPLE?!

I know... I know... You're thinking, What the f*ck is this guy talking about?! Make fun of thin people?! The media loves them! Everyone loves them! It's fat people that get made fun of! And, here's the thing, folks, plain and simple:

Everyone gets made fun of. Everyone gets marginalized. Sociologists - people that study whole groups of people - like to use the metaphor of a pendulum when describing group think. The pendulum will swing to an incredibly conservative group mindset before swing back to the middle and then all the way to the liberal/left side. We idolize electronic music and then long for acoustic. We adore iPhones and then jump to Samsung. Or...not.

But there's this thing that's been happening on Facebook and Twitter and all other forms of social media for a few years now, and it's this glorification of big alongside the marginalization of small. A sampling from my Facebook feed in the last hour...Ahem: 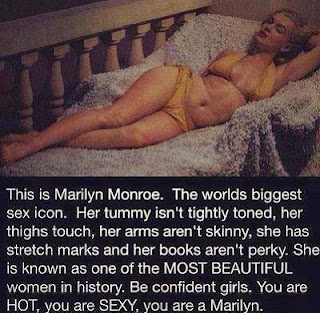 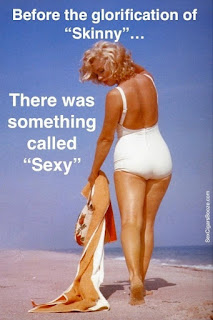 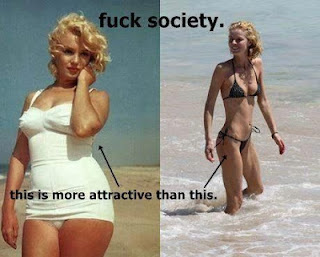 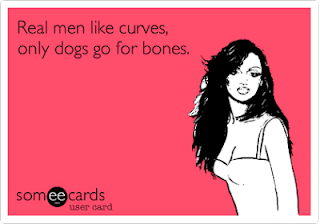 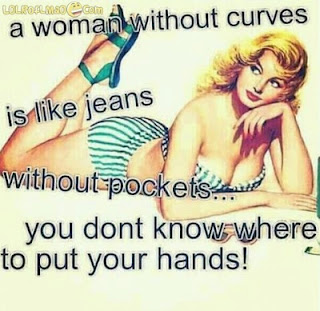 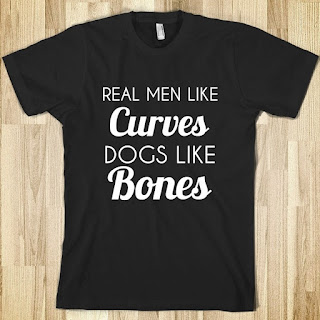 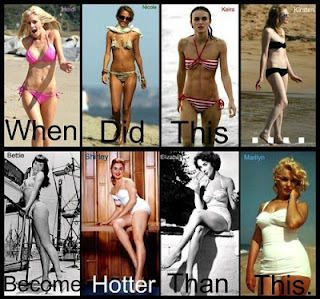 The notion in these memes seems to be that there is something called a 'Real Woman' and that there are people with vaginas who are something else. "Real women" are thick and curvy and fleshy and have tummies and stretch marks and couldn't possibly fit into anything below a size 14 and are what people called 'Real Men' want.

The message seems to be that if you're thin, you're unattractive. Please don't say it's not, because that is, nearly verbatim, the message of 5 of the 7 aforepictured memes, and it's intimated by the other 2. There are "real women" and then there are "bones", things only dogs could love.

And, I get it. I do. For years - especially in the early to late 90s - the waif look was all the rage in fashion. (Made famous during this era by supermodel Kate Moss) Overly thin models, so thin you could count their ribs and very nearly see their blood pump throughout their body, were the rage during that decade. But, a funny thing has happened in the last 10+ years...that pendulum has swung back. Larger women are frequently appearing on runways, some even reaching supermodel status. (Looking at you, Crystal Renn.)

Women like Christina Hendricks are frequently listed at the top of World's Most Beautiful Women lists:

A size 14 model won America's Next Top Model's season 10. Meet Whitney Thompson, a supermodel every designer wants to work with: Folks... I can do this all day. Models. Actresses. Spokeswomen. They're not just size zeros anymore. In fact, many designers will not allow models under a size 2 to represent them these days, because they don't want to send the message of being too skinny.

And, then, on the flipside are petite girls, or naturally thin girls, who are a size zero not because of starvation or bulimia or some other eating disorder, but because of genetics. These girls are also being told that only dogs could possibly love them. That they need to eat a cheeseburger.

And this is where I have a problem. 'Need to eat a cheeseburger'. Put some meat on their bones, as folks near my hometown would say.

I grew up being very thin. I exercised regularly and ate as though every meal were my last, but I remained incredibly thin. When I graduated high school, I was 6' 6" and only 150 pounds. In case you can't do that height/weight math...that meant I was skin, bones, and little else. I would love to have had meat on my bones. But, at that time, it just wasn't going to happen for me.

I remember working as a cashier at a large chain big box store. Stores like that invite customers who feel they can say whatever they want to you, as though you signed up to hear their opinion. Once I was ringing up this woman and she was telling her young daughter how she thought my appearance was disgusting, that I should not be allowed to work with the public, because eating disorders shouldn't be glorified...this went on a while. I kept my mouth shut, because if I pissed her off and she complained, I probably would have been fired. Retail employees, as you know, have the right and requirement to shut their mouths and take whatever the public dishes out.

I was made fun of by my school peers for my weight. Became quite despondent over my appearance. I would never be seen with my shirt off in public under any circumstance. As much as I loved swimming, I wouldn't go because I didn't want people looking at my very ugly body.

So, believe me people who are made fun of because of their size, I feel you. It happens on the other end of the spectrum. And, I get it, that when you've been marginalized and made fun of for being big, it's cathartic to post pictures and make fun of people who are on the opposite end of the spectrum. It makes you feel better to, in your private groups and social networks where you get to hide behind screen names and cartoon avatars, belittle people who don't look like you.

I'd like us to get to a point where we're not pointing out how thin or thick someone is, but celebrating beauty.

There was this meme going around a few years ago, when these thin bashing memes first began, comparing a beautiful television cook named Nigella Lawson - a woman who loves butter and dairy and all things thick and comforting - to a woman named Gillian McKeith - an advocate of exercise and a vegetarian diet. The meme looked a lot like this:

For all intents and purposes, this meme says that diet, exercise, and healthy living makes you ugly and that you should eat all the fat and junk you want because that makes you pretty. Folks, there are pretty pictures and not so pretty pictures and downright bad pictures of each and every one of us. What if I said that this was also Gillian McKeith:

And this is also Nigella Lawson: Things are a little different when you're not all dolled up and posing in just the right way. But, both women are beautiful. Everyone has the right to feel beautiful. And, I'm not trying to put Ms. Lawson down in any way, but I am saying that she has her off days like we all do. We're all people. And, without photoshop and good lighting, those models - thick and thin - wouldn't be so Super.

Think before you post your next beauty glorifying meme, however thick or thin you lean.