Embrace Your Lazy (Do you run the Preserve or Stairs?)

Today is Monday. It's the day when most people decide to take themselves to the office. Thusly, commuter traffic is worse on Monday than any other day of the week. Today is also the first day after the weekend. The worst day to go to the gym during 'peak' times - early morning or after work - because it's the day you feel bad about the sins of the weekend and sort of recommit yourself to I'M GOING TO BE HEALTHY THIS WEEK!

Diet plans go into effect on Mondays. People smile less on Monday. We are actually least productive at work on Mondays (statistically, you only get 3.5 hours of work done).

Last week I went for a run at our local forest preserve. During warmer months, I take as many opportunities as I can to run in the preserve. Not only do I get a better workout and reconnect with our great green mother, it's a gathering place for all the most fit and beautiful men in the area. This particular preserve is known by the body building and fitness community for its ridiculously high stone staircase and they will travel as far away as from the city to come and run the stairs.

Side note: I tried the "running the stairs" style workout... I think I ran it twice, half-hearetedly jogged it a couple more, and wheezed like a cancerous lung breathing through an oboe for another three. That joke is very funny if you were ever in band.

When I got out of my car, I saw Adonis reborn. A greek god with tan skin and smooth, beautiful muscles. A body I immediately desired and envied. Brought me down a few notches on exactly how good I thought I looked in my running shorts. (I went from an 8 to about a 4 in my mind.) The guy wasn't there to run in the preserve. He was a a stair workout kind of guy. And, I could have told you that before I even saw him sprint like a gazelle up the sheer quarter mile cliff of stone stairs as though it were the easiest task ever. I could have told you that, because of the aforementioned body that would make the statue of David want to do a few more crunches. 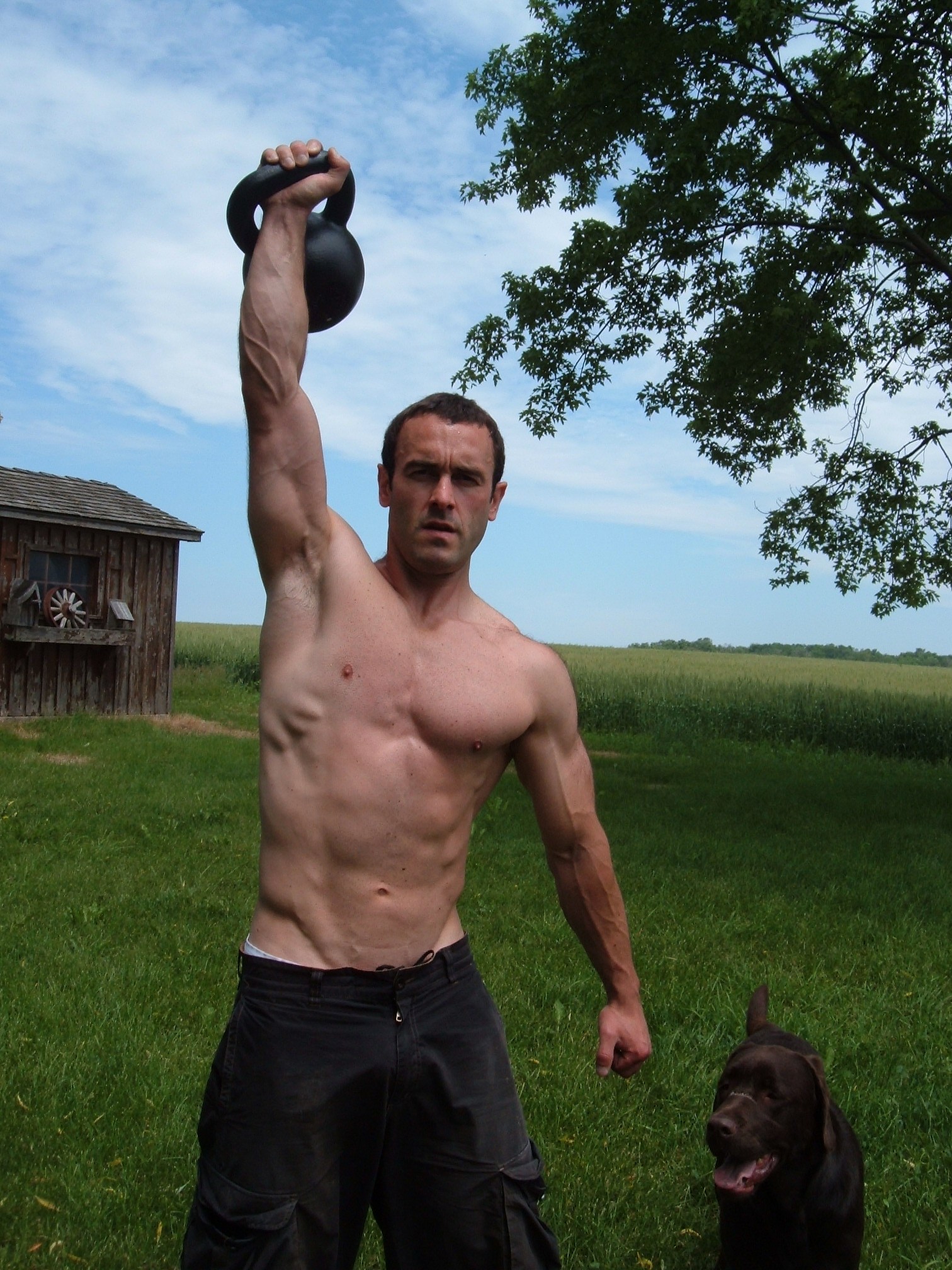 But, do you know what that guy was doing before he sprinted up the stairs? Lifting giant kettlebells. Lifting them fast, with perfected form. Then, he moved on to opening this giant canvas bag he'd brought (that just sounded heavy) and removed a set of huge iron spikes. He picked up a sledgehammer and began hammering the spikes into the ground.

He. Was. Hammering. Spikes. Into. The. Ground. For. Exercise.

And in between sets of kettlebell swinging and spike hammering and whatever other feats of physical excellence he was planning on doing, he sprinted those stairs. It wasn't easy for him. He was breathing steady, but deep. He was sweating. He was working very, very hard.


And, I had to decide something about myself in that moment. Yes, the guy was gorgeous, and that's fun to look at, but I had to decide exactly how envious of him I was. Was he doing anything that I couldn't do? Nope. Could I, too, bring a set of weights with me to the preserve and slowly increase my own fitness to that same level? I could definitely try.

It's not like I'm not active. I work out. Lift weights. Do cardio. But, there's just a level of dedication to diet and truly lifting the heavy weights with laser pointed precision and increasing the weight to a level where it's not just toning but actually building muscle. Basically, I know that I'm not working out hard enough to look like that. And, I know that I have the youth, the ability, and the knowledge to work out like that.

So, how jealous or envious of that body do I actually get to be? There's no reason why I can't be at that fitness level except for my love of pizza and deciding that sometimes I only want to run 3-4 miles...or that "doing abs" at the gym consists of 100 simple, plain, vanilla crunches. Enough to say I 'did abs', but nowhere close to the workout I'd need to 'get abs'.

All of this made me immediately think of the online pagan community. I thought of bloggers and podcasters whose craft I very much envy. Sarah Lawless was the first person that came to mind. She is sort of famous around the internet for being the witch that every witch wishes he or she could be. I thought of other people who live their spirituality as though it weren't something they were doing, but an integrated part of their being - Mrs. Oddly & Cory Hutcheson. People like Jason Pitzl-Waters of the Wild Hunt who decided they wanted their pagan path to take prominence and then did that. They formed their life into their spiritual path and don't distinguish the two.

While I was running my miles in the preserve, I asked myself... Do I truly know less than these other people? Well, yes, in many ways I lack some factual knowledge, because I haven't put in the time that these other people have. But, is my intellect any less? Do I honestly not know where to go to gain that information? Do I honestly not know what meditation is, how to do it, or that incorporating it into my daily routine would probably greatly improve my connection with self and the divine?

Basically, am I less than these other people? And, I think the answer is no. The big difference is that I do not put the effort into my practice or my biceps the way that these other people do. As Velma might say, I know the stuff to do, but I'm not doing it all. I'm doing some of it.

So, I think what I'm saying is that, if you're fine with your current level of physical or spiritual fitness, then there's no reason to be envious of others. You're doing exactly as much as you want to do. Should you ever desire to do more, you absolutely have those tools. There isn't any grand secret to having abs. You're not born with them. You're not born with an encyclopedic knowledge of sigils or spirits or ceremonial magic. You just have to decide that your free time isn't free. That your workouts should go a bit beyond. That your research should be more voracious, delving a little deeper.

There are much better painters and sketch artists out there. And, I could be better if I spent my off days doing art. I could perfect my sorely lacking knowledge of hermeticism. I could increase the number of crunches I do, the heaviness of the weights I life.

But, I'm healthy, do art that I love, and am trotting along my spiritual path at a level that I currently find acceptable. So, I can relieve that envy a bit. I can be satisfied and content.

However, just today, I might just try the stairs.