Recently on the garbled, unintelligible mess that was the most recent episode of Inciting A Brewhaha, we asked for you all to send in your altar pics! It's always fun to see people's altars. Gives you a peek into their lives, their likes, their gods, and their taste. It's also a fun way to get ideas for your own witchy space.

Below are a few altars sent in by YOU! If you'd like your altar featured, please email me your witchy set up to FireLyte@incitingariot.com!

PS. We'd like to sincerely apologize for the audio quality in the last show. We have no idea what happened, and we aren't able to fix it. Please forgive us, as we will get you another episode soon! Plus, don't forget our LIVE show this year at Chicago Pagan Pride! Be there by 2pm to be a part of the live recording!

Ally says this is the altar in her university flat. An educated witch! Gotta love that! 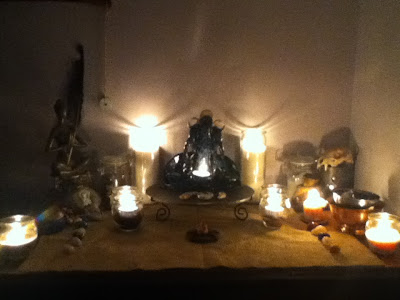 Nicole's altar is simple and features some beautiful statuary. Perfect for the busy witch on the go! 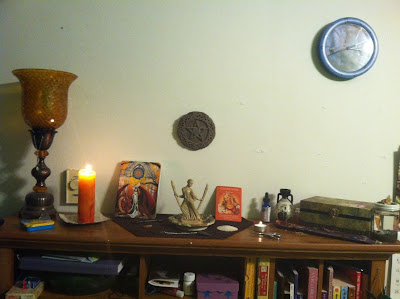 Stephanie's witchy room is in an entirely different league. It's serene, well-kept, and is what my altar room wants to be when it grows up. 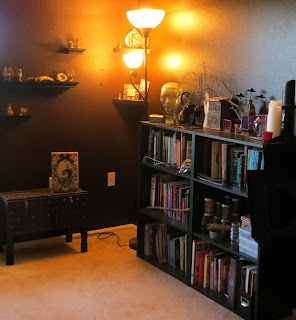 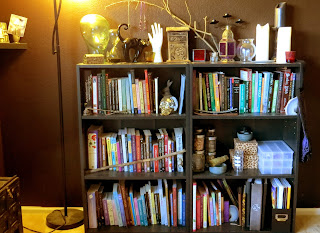 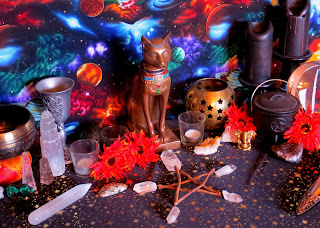 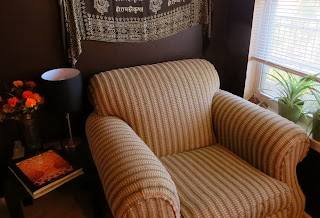 I have a few altars. My altar room doubles as my painting space, writing and reading room, and houses our big fancy Apple desktop. It's where the Riot gets incited, and it's most recently become my favorite room in the house with the addition of a squishy futon. But, that's actually not my most active altar. My most active altar is the Fortuna altar that resides in the living room. However, I realized - without meaning to or having any intention - that some other goddess imagery has made its way to the Fortuna altar. Nobody seems to be having any fights or issues, and, like I said, I didn't do it intentionally. So, maybe they forgive me. Or, maybe they're getting along just fine and enjoy the girl talk in my living room.

Renee Olson of Sosanna's closet posted some pictures of her altar that feature her own beautiful artwork and statue! 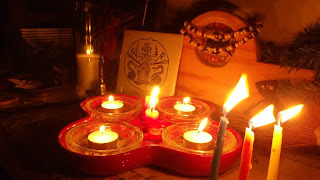 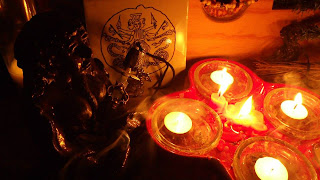 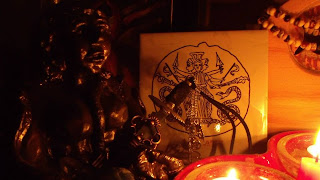 Two altars to Mama and Papa. Simple and fun! 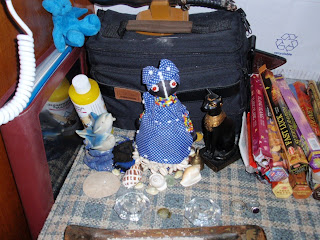 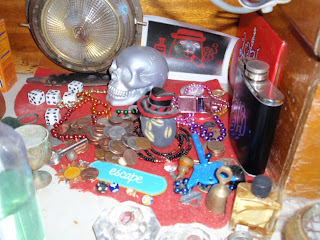 Susan shared 3 altar spaces with us.