The internet is abuzz with wrath due to the airing of a show that kicked off Discovery Channel's Shark Week. Seemingly leading the charge is this post by Wil Wheaton, decrying Discovery's attempt to pull the wool over our eyes regarding said show. Discovery Channel owes its audience an apology, says Wheaton. Why? Because they aired the show Megalodon: The Monster Shark Lives and waited until the end of the show to produce the following words:


Though certain events and characters in this film have been dramatized, sightings of [the giant creature] continue to this day. Megalodon was a real shark. Legends of giant sharks persist all over the world. There is still debate about what they might be.

A lot of people - including dozens of you Rioters - are following in Wheaton's outrage that Discovery Channel aired what is known as a mockumentary - or, as Discovery is pedaling it, a dramatized documentary. The rage seems to center on the idea that Discovery Channel is a sacred place for science. That it only produces content that is 100% science, and that when you watch the Discovery Channel - or its sister network Animal Planet - you are seeing fact on screen.

I'd like to take a quick look at both sides of this...


In the defense of Discovery

Mockumentaries such as this are nothing new to the Discovery Channel. Mermaids: The Body Found garnered similar outrage from viewers last year - even prompting the United States government to make a statement revealing that mermaids were not being house in government facilities, because of citizen inquiries. However, the television show garnered over 10 million viewers, and it became the network's most watched show since 2006. Before that, another well-viewed mockumentary aired in 2004 called The Last Dragon, discussing...you guessed it...the scientific possibility of dragons existing.

What happens when a show garners as much success, achieving near viral marketing online due to bloggers and social media (despite the love or hate in the respective articles)? Well, they'll do it again, because people will tune in.

This time, it was about a prehistoric giant shark that is believed to have gone extinct over 1.5 million years go. The show kicked off the network's biggest event of the year: Shark Week.

Let's do a little math:

The last time the network aired a mockumentary like this, it brought in the highest ratings in 6 years + Shark Week is the network's biggest draw = They'll put the mockumentary at the beginning of Shark Week to hopefully bring in even more viewers this year!

It worked, just FYI. Garnering almost 5 million viewers and a 2.6 rating in the key demographic of 25-54 year olds, the show was a success and has become Shark Week's most watched show ever. It also increased the overall viewership of the other Shark Week programming and massively swung the number of internet clicks to Discovery's website in an upward direction.

Basically, because of Megalodon, more people are watching Shark Week than in years past.

And, one last thing, if you google the words "Discovery Channel show fake scenes", you'll find thousands of articles depicting dozens, if not hundreds, of times that a show on the Discovery Channel was caught staging alleged real acts just to sensationalize the program. From men dressing in bear suits, to people filling swimming pools with snakes, to people not actually being who they say they are (and many many more), the programming hasn't been 100% real in a very long time. I'm not really surprised. It's no big secret that reality shows aren't real. That the fights on shows like The Hills or Real Housewives are staged. That it's all about ratings.

Plus, just take a look at Discovery's programming: 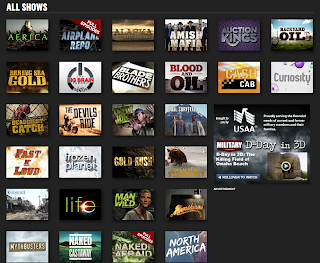 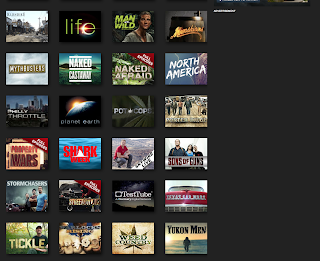 Cash Cab? Auction Kings? Man vs. Wild is the show that had the fake bear suit... We can keep going. I said it on Facebook, and it's true. They are one reality show away from being Bravo for nerds. Velociraptors in Tiaras, anyone? In Defense of the Outrage

But, what I had to understand about the outrage wasn't that the nerds don't know what is happening. They get that programming is going the way of dramatized fluff pieces. However, Shark Week is like Christmas (or Halloween) for nature lovers. It's a safe space. A holy ground. It is sacrosanct for lovers of nature documentaries. It is a week to watch something you don't get to see, and will likely never get to see, for an entire week up close and in HD.

And, it is in that space that I understand. It is in that space that I sympathize. I, too, am a type of nerd. Not so much with the science, but I'm a fantasy and science fiction geek lifelong. There was outrage and wrath muchly in my house when I watched my beloved X-Men reduced to whatever the hell X-3 and the first Wolverine movie were supposed to be. I raged for weeks after seeing my Harry Potter (yes, MINE, the one I grew up reading) get turned into the films that took out, what I considered to be, key points of the books.

So, while it is not apples to apples, it's the same fruit of discontent. It is seeing something you love and are quite passionate about reduced to a ratings draw.

To echo another thread on Facebook, we are quickly becoming the entertainment addicts of Fahrenheit 451's prognostication. We require bigger explosions. We require that every time the ghost hunters go out, they come back with gallons of ectoplasm and mountains of evidence. We must have the bear suit and the snake filled pool, or we'll be too bored to watch and flip to the next channel.

If nobody watched, they would stop doing it. But, next year, I'm sure we'll be seeing Real Faeries of Atlanta lined up right next to Meerkat Manor.