Yesterday, I spoke and sold art at the Northern Illinois Pagan Alliance's Proud to be Pagan Day! Below are the pictures I took of some of my favorite booths and some really cool items that were for sale, along with accompanying links to support these great Pagan artists!

My next appearance is with Velma Nightshade at Chicago Pagan Pride Sepetember 8! Be there or be...somewhere else that isn't there. 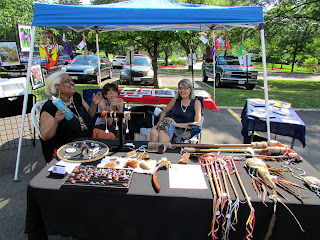 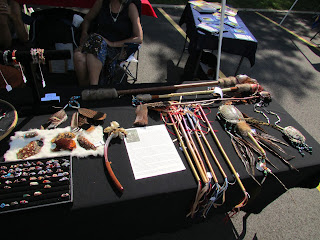 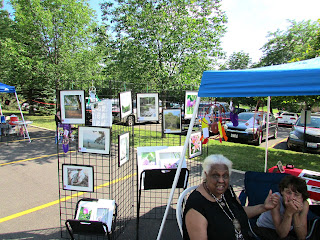 Soon to be featured on Etsy.com. Contact for pricing at items at Darquestone@comcast.net. 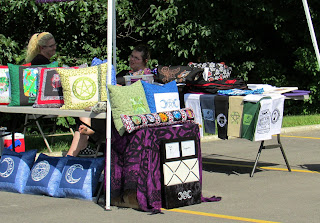 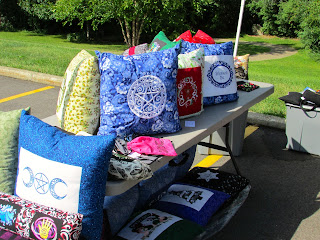 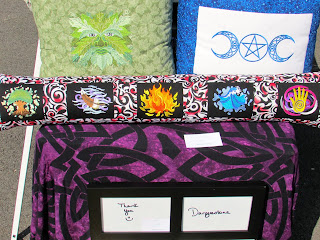 Not only was it the best name, it had the right mix of cheesy (see crazy bad staves from 'found' - read, goodwill - items) mixed with some truly beautiful crystal quartz pieces that the guy gathered from Arkansas and was selling for next to nothing! 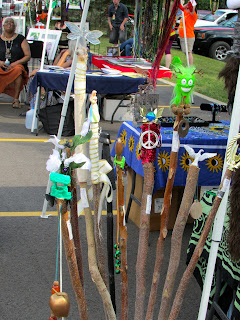 I seem to have lost the business card for this guy. I KNOW!!! I think they're King's Treasures, but I could be lying. As soon as I find it, I'll post the link, because he had amazing Steampunk items. 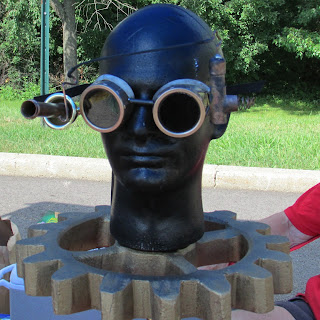 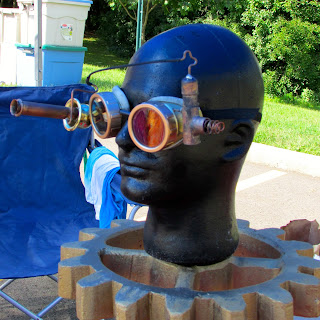 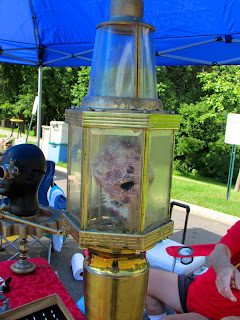 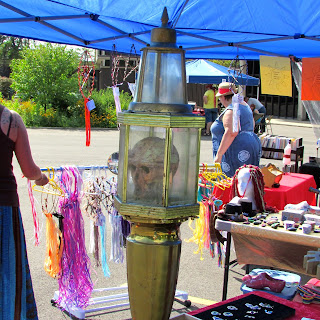 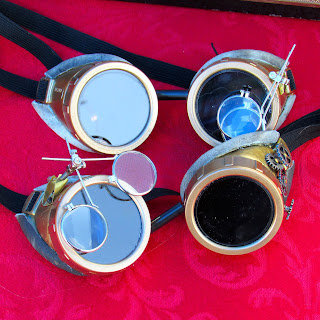 You may have seen these ladies on Facebook. New shop in the area. Some cute things, but this was my favorite! 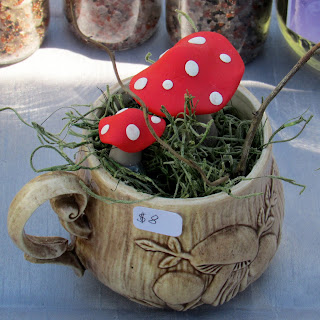 This guy is so much fun for the kids, but even when he's not doing his magician act, he is SO a wizard! Look at his bad ass fan and his lackadaisical wizard hat resting on a staff. I might need to do a cartoon/artistic version of this guy. 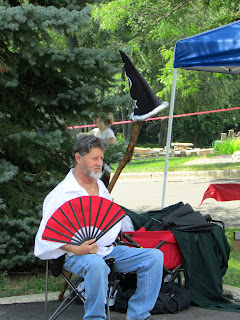 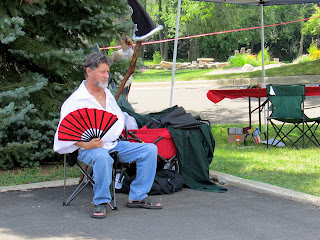 Silver Shadow of the Pagan Rapport podcast set up shop right next to me. I realize my shop isn't great, but I learned what I want to do better for Pagan Pride. Yeah! He was there representing Cleo's as well as his own hoodoo related items.

This event is held every year at the Unitarian Universalist church in Rockford, IL. IT. IS. BEAUTIFUL! The grounds are breathtaking. I love the wild garden area in front with the interesting windmills. Or...wind...dancer...metal...things. Whatever. 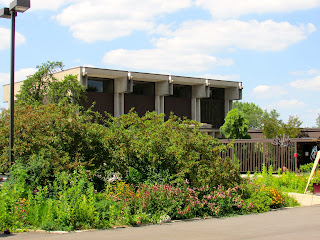 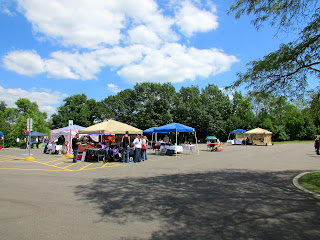 See you in September!

Be looking for my latest episode, which will feature the talk on Unverified/Unsubstantiated Personal Gnosis - the talk I gave at this event!
Email Post
Labels: Art Elsewhere Pagan Pride