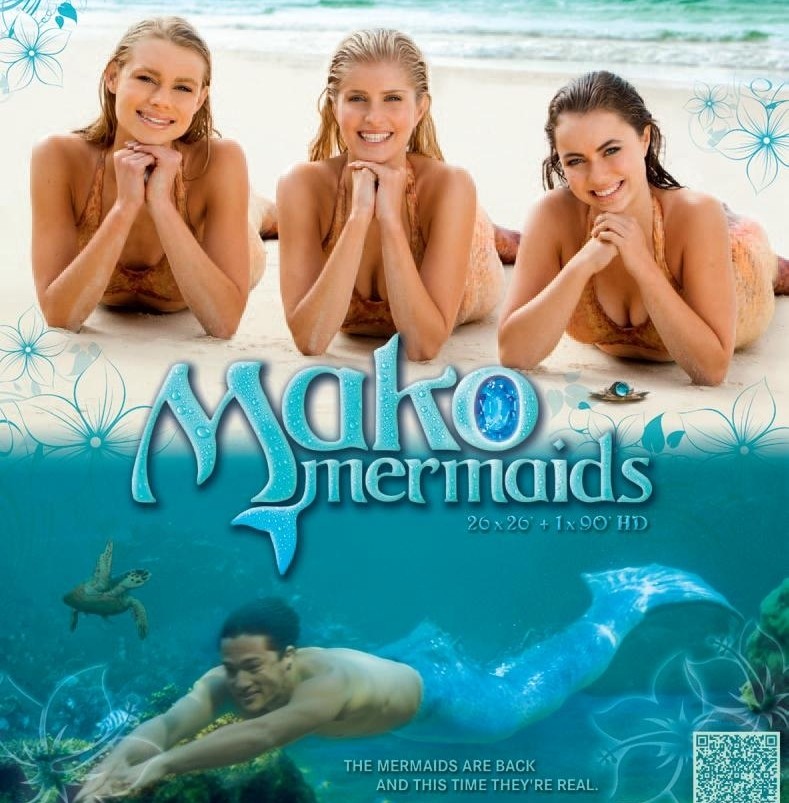 If you keep up with me on social media - or my artistic endeavors - you'll know I have a thing for mermaids. Merpeople in general have always held a special spot in my inner pantheon of all the great beings. Then I grew up and realized singing underwater wasn't as easy as a certain redhead made it appear in the movies. You may also recall a while back I wrote a review for an Australian TV show called H2O: Just Add Water. It's like Charmed meets mermaids meets teenagers meets all the wholesome goodness you'd hope to find in a Saturday morning Disney show about girls gaining tails. In the original series, three girls fall into a pool of water under a full moon at a place called Mako Island and subsequently gain the ability to become mermaids when exposed to the most splashy of elements.

It had occasional discussions on ecology, being aware of where your food comes from, being responsibly environmental, but also dealt with the good kid stuff like friendship and listening and overcoming obstacles. I loved it. LOVED IT. So much so I've watched the entire series probably three times over the last couple of years thanks to Netflix.

But, it only had three seasons. A woeful tragedy if you ask me.

Then, a spark of hope. This past spring I found out a new series was being made as a spin-off to H2O (thanks to Netflix originals for picking it up), but this one would have a couple of twists:
So... Neat, right? We get the additional mythology of "real" mermaids, plus lots of shots of a cute boy accidentally going shirtless and soaked every time he's in a rainstorm. Then, this past week... Mako Mermaids went live with the first half of its first season on Netflix streaming.
And...

I spent my weekend watching it.


I felt this way.

Then a little this way.

Then some of this.

Gone was the laughter and the lighthearted morning show vibe. Sure, they still have it in some Australian city that is tangentially close to the eponymous Mako Island, but calling it a spin-off is wrong. A spin-off features an old character getting put into a new story, typically, or at least lives in the same universe as the parent show. But this new show shares nothing with the original. In fact, for the events in the second series to have happened, the first show could have occurred. The mermaid mythos is completely changed, and you end up sort of hating everyone on the show. Everyone.

Let me break it down further:
I didn't like it. At all. I got through all thirteen episodes hoping it would find its groove, but it never did. It tries too hard to maintain both the aesthetic charm of the original and the brooding teen angst of a CW show. In fact, they should have just gone full Vampire Diaries. At least then it would be honest and they could really give the whole sexy, broody vibe a true shot. Presently, I'm hesitant to give it another go when the other half of the season drops in September.

Have YOU watched Mako Mermaids?