The First of Many Things

Today is the first day of Spring! In about 2 hours, give or take, we will officially be through with winter...at least according to the calendar. And, while Mother Nature seems to still be a little confused as to what season it is here in Chicagoland (it rained yesterday, snowed a little this morning, and has settled on being generally dreary the rest of the day) there are nevertheless signs of change. 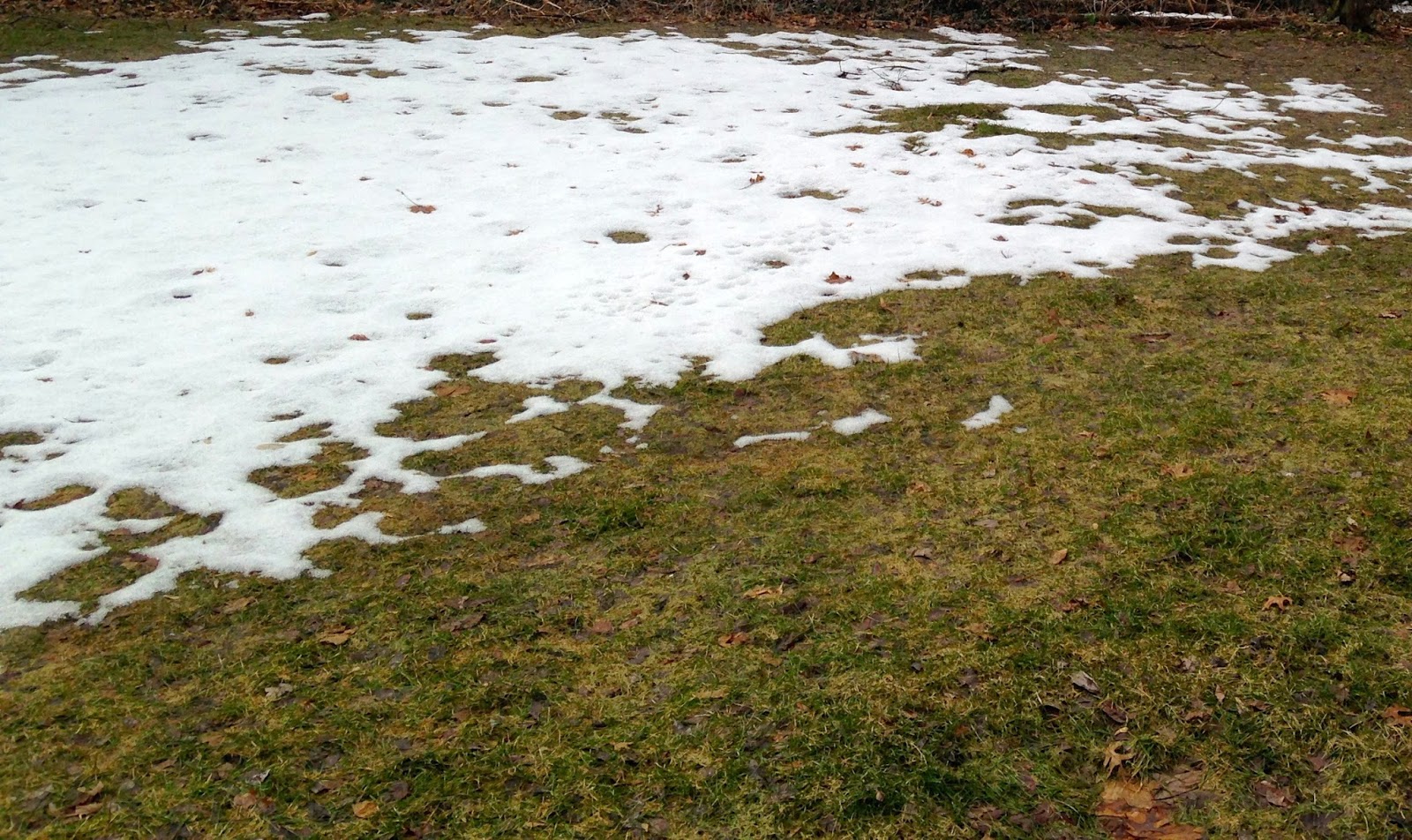 Snow is, slowly, giving way to the greenery of the next season. While still a bit chilly, there is life underneath just waiting to burst through. 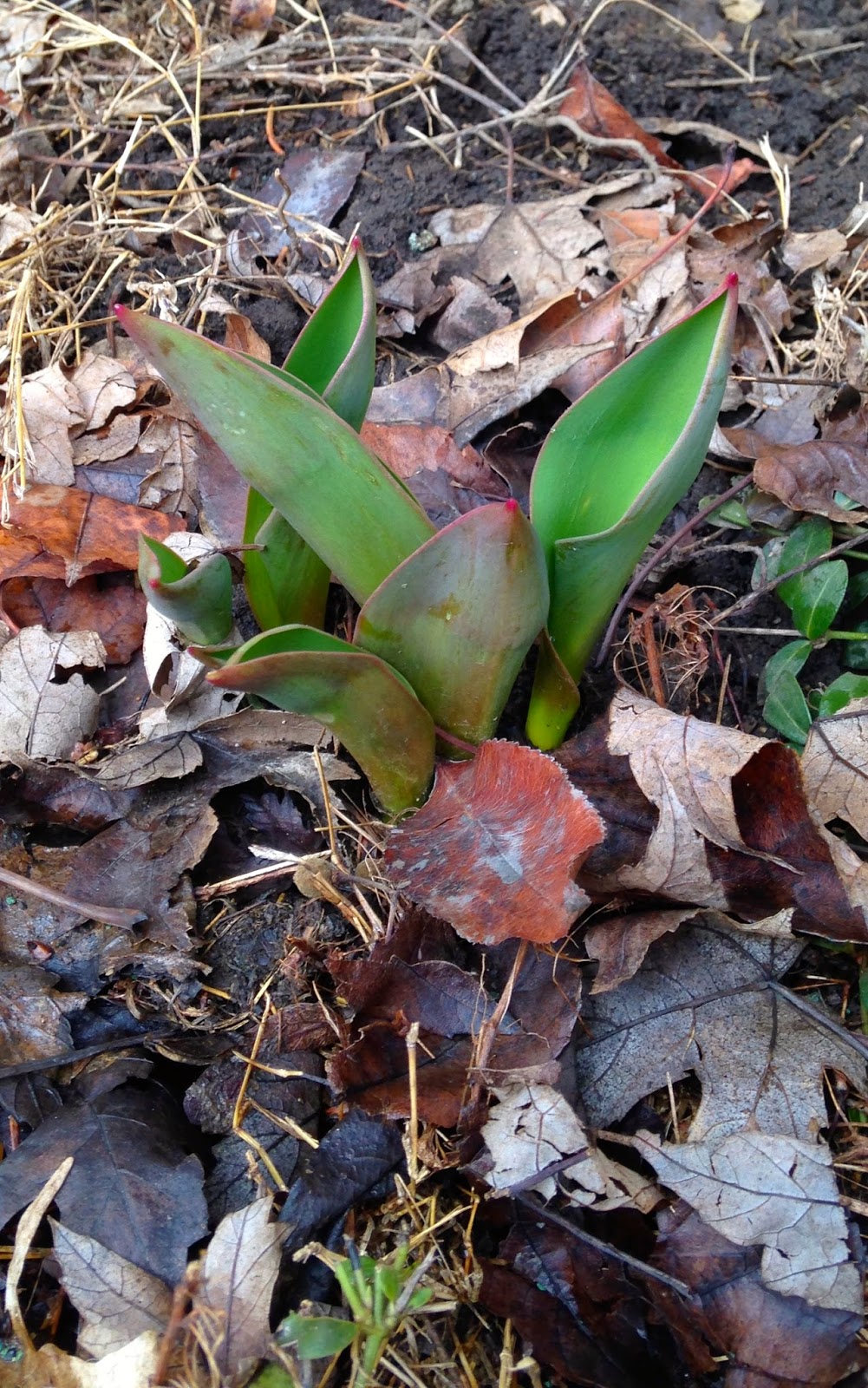 On the edges of my yard and along the house, the tulips have decided to choose, appropriately, the first day of spring to make themselves known. 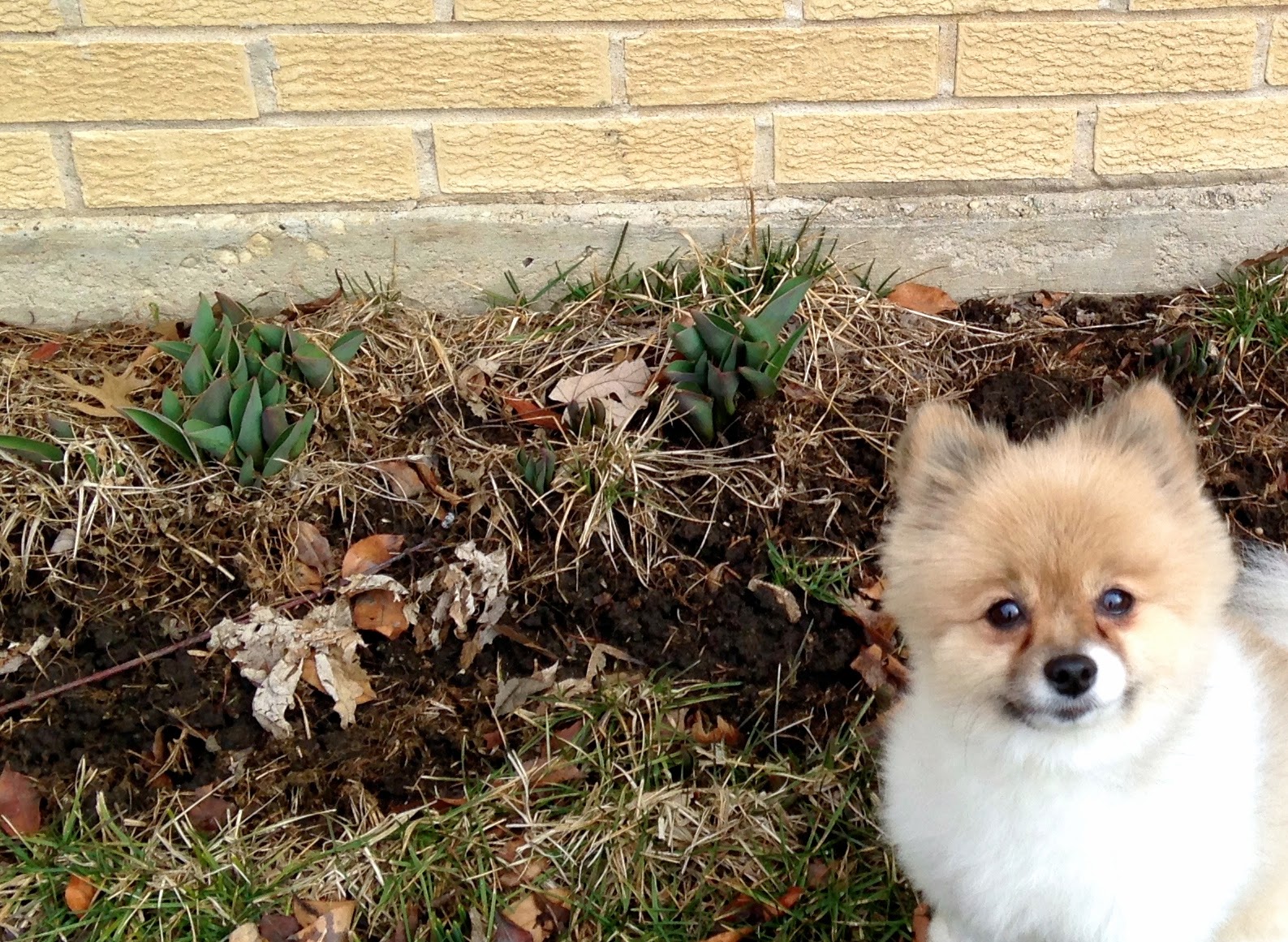 Kika sniffed around all the greenery for a good half hour making little happy noises and running around the yard in glee.


There is an energy in the air this day. Today doesn't just feel like the first day of Spring, but the first day of many things. Today is Partner's birthday. In just under 2 months time we will be celebrating our 8-year anniversary. We will be getting married just a few weeks after that, and hoping to buy our first home later this year and finally stop renting.

There is a sense of hope in the air, too, because of the seminal arrival of a letter. 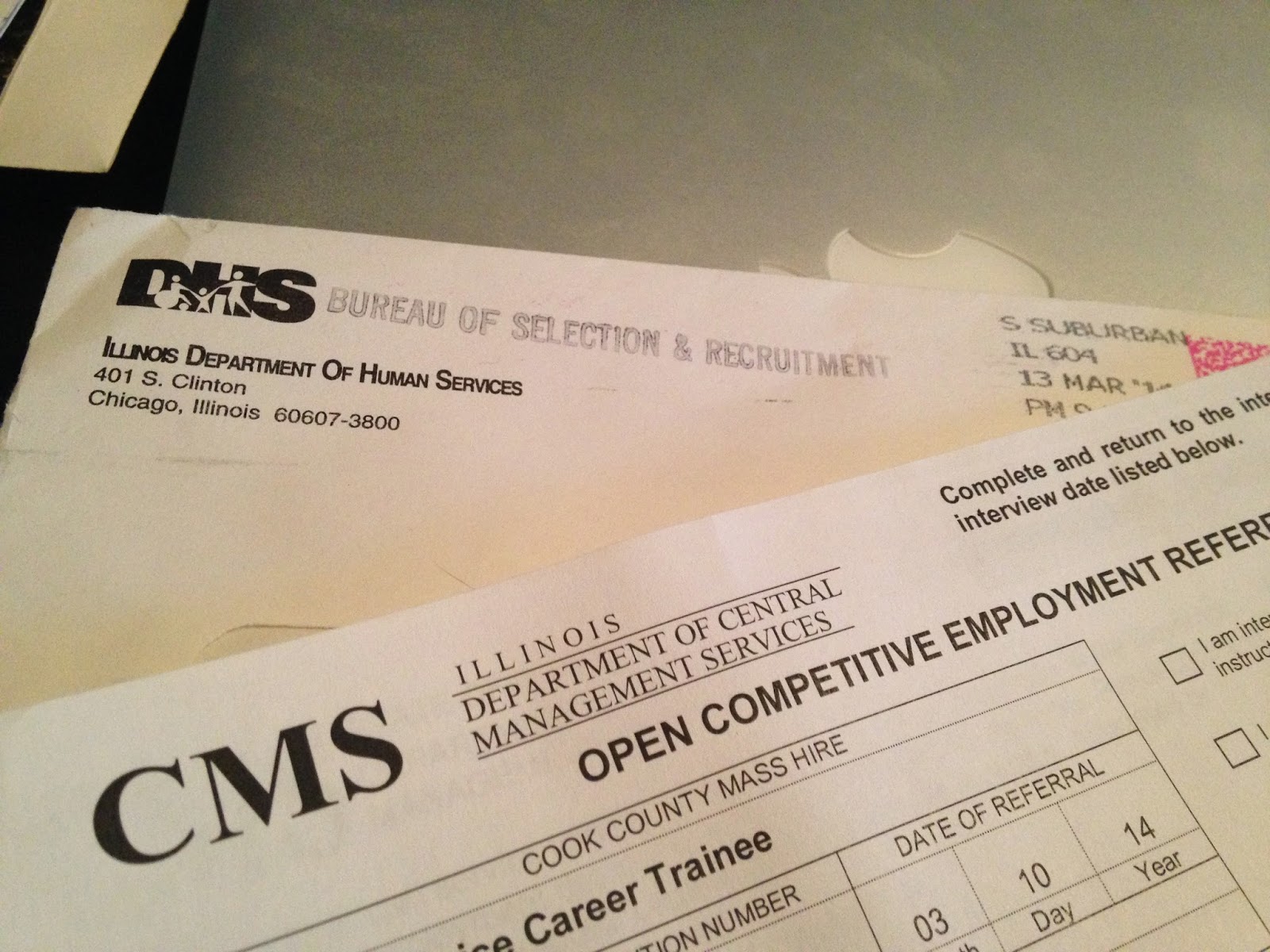 It seems as though this time every year a little glimmer of hope appears in the form of a letter. This year's letter tells me that I've been invited to interview for a Social Service career position. At this point it would be a bit of a pay cut, but the immense joy I would have at doing a job I want to do, doing work I feel is important, would more than make up for it. (Here's hoping.)

But there's something else that comes along with this letter. It's a jolt. It's a reawakening. A call to purpose and action. Sure, I don't want to be in retail forever, but what have I done to change my place? What greenery have I planted to make sure there's something to grow after the snow is melted?

Well, a few things. As you may have noticed, I have been spending significantly less time on social media. This was a simple matter of changing my Facebook app to log in to my real self instead of automatically logging in to the world of Fire Lyte. There is a bit of contentment that comes with sitting in the social media world created by Fire Lyte. There are thousands of fans and hundreds of conversations and it can give the false sense that you're on the right track, doing something important, talking to people who matter. And, it's not that any of that isn't true, but I think somewhere along the way it became a bit much. It was too much time. It was too many conversations about people and situations that had never been a part of the Riot, and I realized this past season that I was in an online version of high school.

So, I re-engaged with my friends and family. It's been so refreshing. Instead of wasting hours online, I've had lunch with friends, gone shopping, gone to the gym...a bit more. It's green. It's real. It's happy.

Also, at the end of January, my home was flooded. Long story. But, construction starts next week on fixing everything. Dealing with insurance has been the worst. So, it's been 2 months of living in the guest room of a family member with nearly everything we own being stored. This weekend we have to throw away our furniture...sofa, couch, etc., so that the construction people are unimpeded when they get here Monday. That's one of the main reasons why you all haven't heard a podcast from me since the early part of February. I've had neither the space nor the quiet nor the time alone to research, prepare, and present the topic we'd been discussing (godspousing), and it deserves more than just a flippant, hastily cobbled show. But, when you're squatting with family, personal space disappears.

Later this year I'll be taking classes at Second City here in Chicago on the advice of a friend. It may lead to something; it may not, but it will be something I do for myself. It's green. It's real. It's happy.

I've got two vacations planned with my family this year, and I'm looking forward to seeing them very much. The distance is a killer when the ups and downs of life cannot be tempered with an afternoon of sweet tea on your mother's couch.

Suffice to say, I have some greenery poking through all this snow. This winter has been long, but I think I'm waking up just in time to see the tulip leaves push through. If they can do it, I can.

How's YOUR first day of Spring?