Skip to main content
Labels
Posted by Fire Lyte May 16, 2014 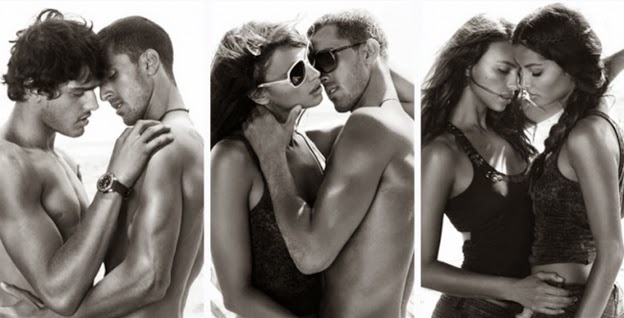 People that have a prejudice towards gender minorities, religious minorities, orientation minorities, and anyone that isn't a white bread eating member of the 1940 Americana mindset where if you aren't white, upper middle class or higher, Christian, and publicly asexual just need to be honest about their bigotry.

I'm getting very tired of hearing someone on the news or blog or web video talk about how the 'left wing agenda' or the 'gay agenda' is getting shoved down their throats or in their faces by simply existing. By simply acting how everyone else does.

Michael Sam just became the first openly gay athlete to be drafted into the NFL. Good for him. In any other year I wouldn't know who the hell Michael Sam is, because I care about as much for sports as I care about whether someone two towns over prefers vanilla or chocolate chip ice cream. But, it's news. He's news. Why? Because a massive barrier just got demolished. An area of culture that is seen as hyper-masculine, as homophobic, as being as straight as straight can be...just got a little more openly gay.

This isn't the first time a gay man has played professional sports. But, it's the first time he's made his orientation public knowledge at the start of his career. Michael Sam will go down in history books of other first athletes. In a textbook at some point, you may see his name alongside Jackie Robinson. There have been a lot of women and racial minorities who've had to come along and be the first to do something, and Sam is helping to break the barrier in the NFL for the next gay person. If he's successful, this could change the public face of gay culture for America.

You mean they play sports now?!

When Sam found out he was picked, he was very emotional, and in that emotion he kissed his boyfriend.

Sweet, right? You'd probably do something similar with your significant other if you'd just found out you were nominated for an Oscar or had a book published or something.

Well, apparently, that 1 second peck was actually a giant make out session aimed at Republicans who were watching the 7th round draft picks and strapped to chairs with their impressionable young grandchildren sitting in their lap forced to watch the gouache display.

Fox News has been in a tizzy about the display. Donald Trump was called up by Elisabeth Hasselbeck on her morning show, and they had a nice chat about the voracious love making that happened.

But the video that really showcases the bigoted responses best is from a View-style show out of Dallas called 'The Broadcast'.


This video made the blonde woman who walked off, Amy Kushnir, an overnight sensation in conservative circles and garnered her an audition interview on Fox News.


Institutionalized homophobia, anyone? Teaching your children that being gay is wrong? What, exactly, are they afraid of their children seeing?

And it makes me wonder... This is what you're worried about? You're upset that your child might see two loving people share a quick kiss? But...nothing else about the sports culture upsets you? Really?


Amy was a guest on the show 'The Kelly File' and let us know that she's just a traditional lady with some traditional values who doesn't understand why everything went and got all gay all of a sudden. Why can't we just go back in the closet so that she can go on being traditional?

I'm getting married next month (not this month, because the law doesn't allow it yet). We're buying a house. We're planning on having kids. We work two full-time jobs, and we're achieving our own modicum of success and the American Dream. How is that not traditional? What about my life isn't upholding traditional values? Whose tradition, and why doesn't it apply to me?

I wish people would just be honest about their bigotry, their mistrust of the Big Bad Other, instead of hiding behind buzzwords like 'traditional' and 'family' and making arguments that I'm trying to take away their first amendment rights. (As though you have the right to say whatever you want, which supersedes my right to not hear it.)

If you want to hate, then acknowledge it. Own it. Make it known that you hate certain groups. That's fine. It's not going to affect anything in my life, but let's not make the big show of how you're just the victim in all this.

I'm sorry... I can't hear your argument for traditional values OVER THE FACT THAT YOUR VALUES AND RELIGIOUS INVOLVEMENT IN MY COUNTRY DOESN'T ALLOW ME TO GET MARRIED.