The Problematic Non-Coming Out of Tyler Posey 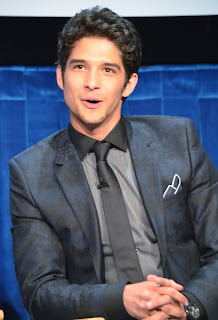 You may know his face from one of two places:


He's the star of the MTV revival of Teen Wolf, which has become famous for...well... 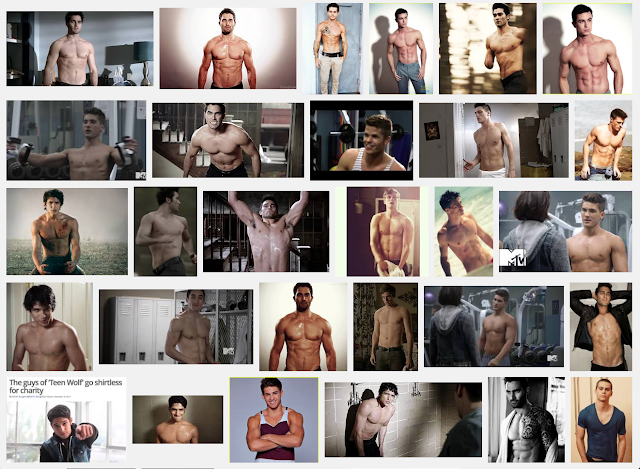 The cast is notoriously young muscular and spends more time shirtless, sweaty, and finding new ways to turn everyday actions into flexing opportunities than Taylor Lautner trying to keep his job in Twilight.

The show has a history of cultivating and advocating LGBTQ+ inclusive storylines, and, thus, has earned itself quite the LGBTQ+ following. 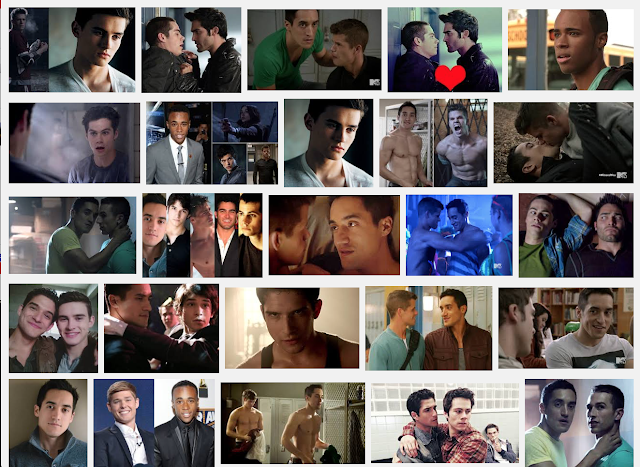 In fact, the actors have commented on the fact that Teen Wolf was created specifically to exist in a world where homophobia doesn't exist. Where people just love whomever they love without judgment or negative repercussions. The show's star, Tyler Posey, said the following when asked about LGBT visibility on the show:

We do it in such a natural way. It’s not forced or over-the-top or anything like that. I think it’s perfect and natural, and I think the kids that watch the show really do respect the way we include gay characters. That’s why Charlie (Carver) and Keahu (Kahuanui) — the characters they play are so popular. We love it and we’re happy to be able to show kids that it’s OK to be who you are.

Of course, then they inexplicably wrote the main gay characters out of the show, killed off half the female cast, and spent most of the time gaybaiting audiences with homoeroticism...and it didn't go unnoticed.

Teen Wolf has a problem. Specifically, Teen Wolf has a women problem, and that central issue leads to weak interpersonal relationships among its core heroes that leave fans feeling disconnected from the story.

Regarding the LGBT storylines:

The continued teases that a character might be bisexual with no payoff, the same-sex romances that end as quickly as they begin with little development, the disappearance of gay characters without explanation, and the absence of any well-developed LGBT character four seasons into a show that appeared to bank heavily on its queer appeal early on have left vocal fans howling.


To the disproportionate killing off of any character that isn't a white male: 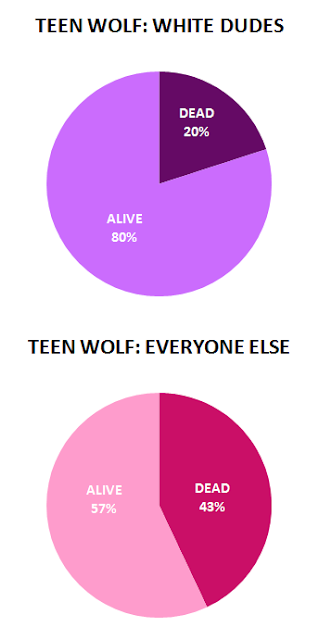 It's become a show that is notorious for "gay-baiting" or "queer-baiting", which is this lovely idea where TV shows and movies know that LGBTQ+ people will latch onto any show that gives them sexy characters and the hint that they may or may not like kissing members of the same sex when the cameras aren't watching. The problem with it is that you can only keep a show alive for so long, allow so much character development to happen, before you either have to actually make these characters more human or flat out admit that you just wanted to tease an audience for the ratings.

See, there's a problem when it comes to teasing LGBTQ+ audiences with possible representation on screen. It dehumanizes LGBTQ+ individuals and skews them into this monolithic audience of sex crazed adolescents. We as a community have been trying to get the rest of the world to understand for a very long time now that we are much more than the things we do in our bedrooms. However, when television shows and movies and other forms of media use sex to gain our attention, but then never do anything with it, it's a slap in the face. It's more than a tease, it's a misunderstanding of the importance of representation.

We want to see ourselves represented as fully human. Not the funny sidekick. Not the unattainable hot guy that is only interested in boys. Not the fashion obsessed queen. Not the old hollywood worshipping culture snob. Humans. We go to the bathroom. We fuck up. We get laid. We buy groceries. We worry over taxes. We have opinions about cake or pie. We make families. We worry about being too thin or not thin enough. We wonder if that cute person thinks we're cute back. We want to live in a world where the voting public, Hollywood, and the world in general realized we are much more than what we do with our genitals.

And we want our struggle for equality and acceptance and belonging to be taken seriously. LGBT youth make up a disproportionate amount of the homeless youth population. For a group of folks that allegedly make up (and I say allegedly, because we still don't have good statistics on this) somewhere between 2 and 10 % of the entire population, we make up almost half of homeless youth.

From that same Williams Institute study above, the reasons why LGBT youth make up such a large portion of the homeless population are unsettling at best: 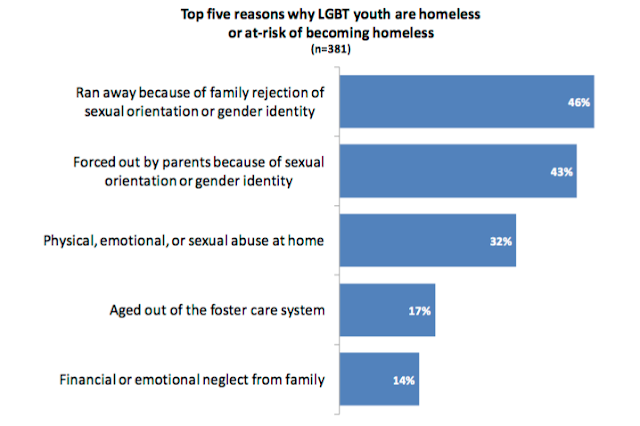 We are still being rejected and forced out of our homes by unwelcoming families. We are still struggling to come to terms with who we are and to admit that to the ones we love. We are still the victims of abuse and hate crimes and the largest mass shooting in modern memory.

So... Back to Tyler Posey. A guy whose career has benefited from those same queer kids who looked to his show for visibility and dreamt of a world where they never had to worry about being judged for coming out.

And at first, once the first video hit, he was lauded with praise by magazines and blogs the world over in the LGBT interwebs. Social media burst forth in cries of welcoming and acceptance and happiness that one of their icons had been added to the roster of folks proudly proclaiming his truth.

And then that second video was posted.

And he said he was lamp.

And people were pissed.

And I'd find it funnier if it had been a joke. If there were some kind of punchline. But...I am lamp? Being gay is not a joke. Coming out is not a joke. It's the same vein of humor like "that's so gay", where you have to explain...slowly...that someone is equating the word "gay" with the word "stupid" and that kind of equivalency is problematic and dehumanizing.

Either do the work or have a seat. Have several seats.

Because maybe it's ok to make jokes like this in the hollywood bubble of gay baiting privilege, but out here in the world where LGBTQ+ folks are disproportionately homeless, where we cannot feel safe everywhere holding our loved one's hand in public, where get shot dead in nightclubs...out here in the real world where we have to live with being boiled down to our genitals...out here is hard enough without you making it a joke.