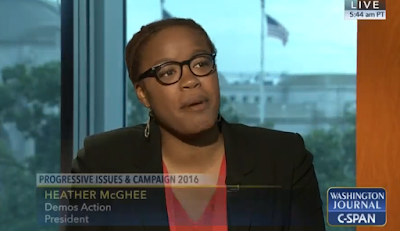 There is a story this week you have likely not heard about unless you're a political news junkie and your drugs are NPR and C-Span. It began with these words:


I am a white male, and I am prejudiced.

What followed after the above statement, said by a guy calling in to C-Span and identifying himself as Gary, was a pause and then a brilliant response from a woman named Heather McGhee. She discussed the disproportionate coverage of minority crimes in the media. She discussed systemic, endemic, unconscious bias. She thanked him for admitting he knew he was prejudiced - because, these days, many don't see themselves as prejudiced; they see themselves as "truth tellers".


But Gary is a kind of symbol for 2016. He is the personification of the meme: 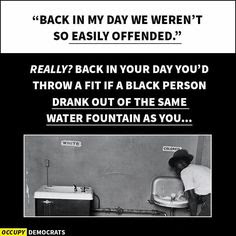 He personifies this era of decrying being offended, but at the same time visibility for the oppressed is greater than ever. For all the hurt and awfulness surrounding the transgender community, people of color, police brutality, political corruption, bullying, and more, we have never lived in a time where these issues are also, simultaneously, made visible to the masses and we have positive examples of these marginalized communities to uphold.

We all wonder. But then someone posts an inflammatory meme on Facebook, and we're right back to arguing about whether the hypothetical dress is white and gold or blue and black and we decide to think difficult thoughts another day.

I'd like us all to...no matter our political or social leanings...get to a place where we can lay our pride and self-righteous attitudes aside long enough to ask, "What if I could be wrong? What would happen?".