Today in the War on Christianity 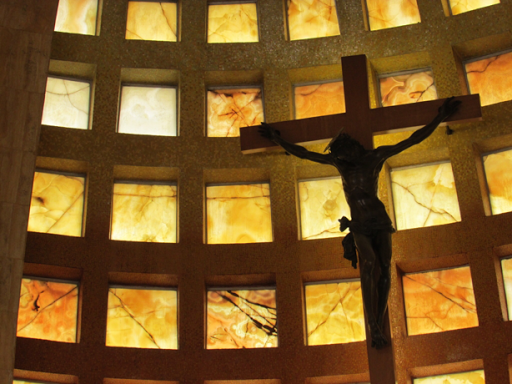 Every year there is a rise and fall of discussion surrounding the supposed "War on Christianity". This war alleges that the culture at large is attempting to silence and marginalized the country's largest religion. Usually this discussion happens around Christmas, and it follows instances of Christians having to stomach the fact that...gasp...they're not the only religion with a winter holiday that might like representation and visibility.
This morning as I was watching CNN, it struck me how they have an entire television show that allegedly documents the "real life" of Jesus Christ called "Finding Jesus". It's a documentary. On a major news network. That starts off with the assumption that Jesus was real; he's a historical figure, and you can research his real life.
Shows like this aren't new, but I had a little moment where I finally woke up to their reality, their pervasiveness in culture. Search around streaming sites like Netflix or Hulu or YouTube, and you'll find a plethora of accompanying "documentaries" and series devoted to the assumption that Jesus was a historical figure. And, here's the thing: I'm fine with it and I'm so not fine with it. In your faith Jesus was real and a majority of people in this country believe in him and his teachings - allegedly - and it makes sense that the overculture would carry on like this is no big deal.
But this goes to the weird and incredibly problematic line of thinking that assumes a default. It assumes the default that people are white, straight, Christian, cisgendered, have financial means, are not disabled...and so on. It assumes a default, and that sucks. It sucks that our culture is so forgiving of said default and so accepting of it that even our news networks put out documentaries which assume a mythological figure was real...that he really walked the earth.
Yes, every now and then you get the one off documentary discussing Vikings or buddhists or something, but nothing of the caliber that begins with the deeply felt assumption of veracity. The documentarian does not assume Thor went fishing and caught the world serpent. The overculture would not accept the assumption that Prometheus gave us fire. This is not a default truth for the overculture, and it is therefore relegated to myth and must be discussed in the context of the uneducated masses of a time long, long ago.
Gosh, if they'd only known about the very real Jesus.
I have no answers here. I am not even really sure this is much of a discussion. But, I think it was an important personal awakening. I, for the first time, realized that even our news media of record makes the default assumption that the gods I worship are myths, the magic I practice is lore, and the zombie who walked on water and got mad at a tree is real. It helps me to further understand why people are so confused when they meet a pagan. There are so few of us, and this default of being a varying shade of Christian is ingrained in our culture. I almost forgive it. Almost.
Love and Lyte,
Fire Lyte
Email Post
Labels: Gripe Department Pagan Soapboxes Sociology 101 Spirit Talk Television