A Chance for a Family (a GoFundMe campaign) 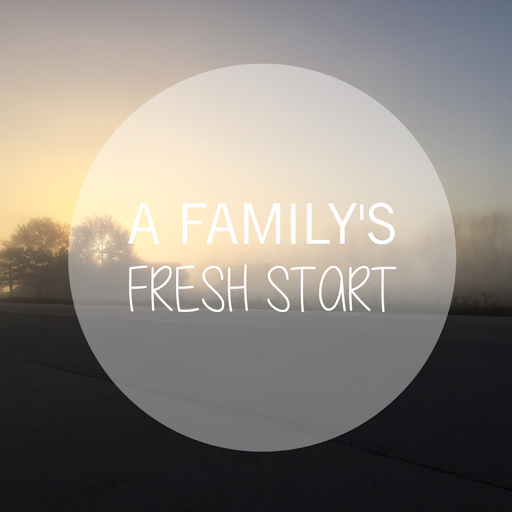 Two years ago I was working a dead end job that I kept because, like many who work dead end jobs, my family needed the money and we weren't winning any lotteries any time soon. It had been a year of big things for our family of two. We had recently purchased our first home, celebrated marriage equality coming to the state of Illinois by finally getting married after 8 years together, and we were starting to talk about having kids.

However, that year was also a rough one for our family. Our jobs were making both of us unhealthy, both from stress and from not being able to eat a healthy diet or sleep normal hours. My husband lost his step father, and I lost my grandfather, both within a week of one another right before thanksgiving. A few months later I lost my grandmother as well. We also had costly medical expenses and automotive repairs that, coupled with the need to suddenly fly around the country, three times, for funerals, drained what savings we'd built up.It was at this time I decided I needed a way out of my dead end job and find a way to meet the next chapter of our lives head on. We wanted to be fathers, after all, and if we were going to do it in time to enjoy being young enough to be an active part of our kids' lives, I needed to make enough money to make our family dreams a reality.

So, I took a big risk, and changed careers. I took a commission sales job in the financial industry, which sounded amazing on paper. So many people had made so much money in a very short amount of time. I was smart, learned quickly, and felt that - despite my lack of experience - I, too, could become a success story. My recruiter, my manager, my colleagues, all assured me I would be making at least twice, possible three times my current salary within a year. This did not work out as promised.

Here's a lesson you don't understand until you've had to live it: when it sounds too good to happen to you, it is too good and it isn't going to happen to you. Getting started in my new job meant a lot of up front expenses. I had to pay to get licensed, which was hundreds of dollars per exam. I had to pay for marketing and a massive increase in gas since now I was spending all day in my car making sales calls, and I was told that every dollar would be repaid tenfold. That you had to spend money to make money.

Things weren't great, but they were manageable. We were getting into debt, but we kept being assured that thing would work out. The next 6-10 months were a rollercoaster of financial upheaval. Every time I thought about quitting, I'd somehow get just enough of a commission check that I thought...ok...we can make it...things will turn around. I was stuck. I didn't want to leave, because I'd spent so much money getting into the field that I didn't want to let it be for nothing, but I also knew that if I continued down this road the decision to find a new job would eventually be made for me. Then my company was bought out.

Under the new ownership everything changed almost immediately. Commission payments came to a screeching halt. Business I was working on that should have paid out thousands of dollars either never got paid out or, for whatever reason management was coming up with at the time, would get paid out in checks barely large enough to fill my gas tank.

In short, I ended up having to finance almost half a year of my salary with credit. I started working a second job in the evenings and then a third job on the weekend, but no matter how much supplemental income I made, the debt just kept piling higher. The breaking point came last fall when I was forced to start working these supplemental jobs mostly full time.

My primary job had stopped paying me completely. I was driving for a car sharing service 12-18 hours a day, 7 days a week, in addition to other jobs. We went from buying groceries to living off ramen and hoping that we could survive one more day.

I finally got a new job that began in mid-January. It's a good job. I like it, and I very much believe I could find a career here. It pays a solid salary, and it's allowed us the ability to keep our pantry stocked and feel some semblance of normalcy on a day to day basis. But financing your life with debt has a price, and right now that price is high. Despite my new jobs, I am still working 7 days a week between one primary and two part time jobs. Even with all of that, I am desperately in need of the funds to catch up.

When you're making the decision to eat or pay your bills, there are bills that don't get paid. And when you've had to make that decision for months on end, getting caught up on a middle class salary is impossible. So, I'm turning to you, the internet. The internet that gave a man hundreds of thousands of dollars to make potato salad.

I'm asking for a second chance for me and my family. For the family I have now, and the family we hope to grow. I am hoping to raise $5000 as a way to get caught up on several back payments and to get some kind of breathing room on this mountain of debt. $5000 is not going to pay anything off, but it would all me to pay bills that we're not paid from having to decide if groceries or credit card bills were more important.

If the gods are merciful, and we somehow raise this amount of money, every penny of it will go to catching my family up. If we are able to raise more than that, I would hope to put it towards paying off our debt, which is sizable when you're having to live exclusively off loans and credit cards when your job stops paying you for half a year. Every dollar that is raised is a dollar towards making my family whole again. Towards putting two hard working people on a path to financial security and possibly have a chance at starting a family in the next few years.

Bless you and thank you.