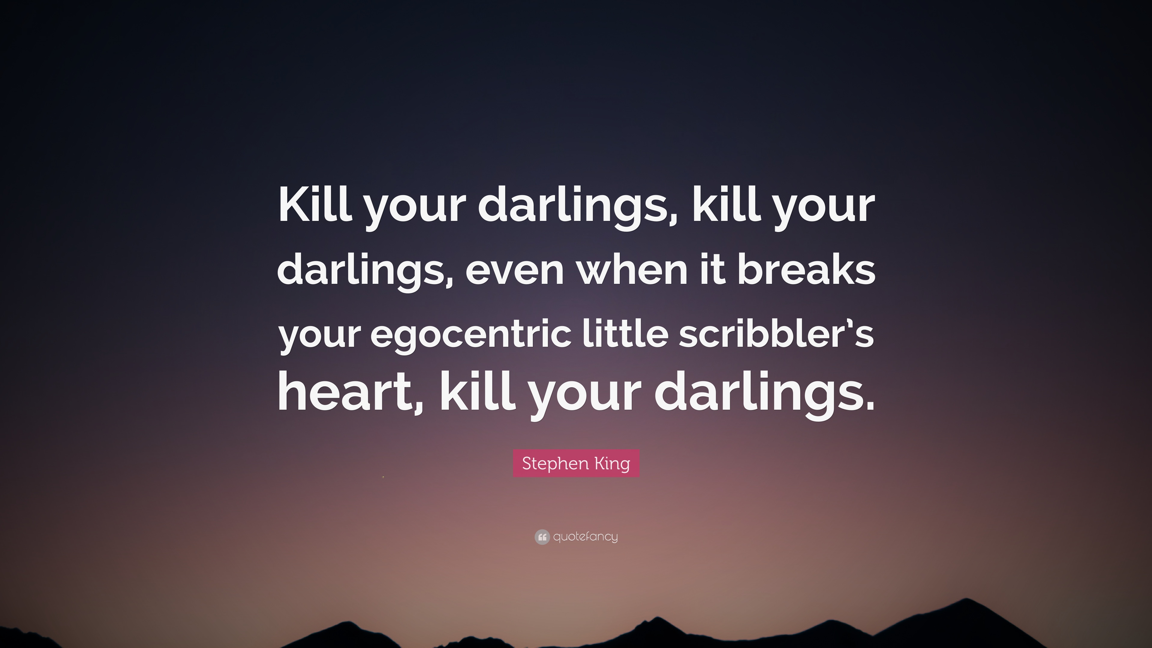 If you’re a writer, you’ve probably heard the term “kill your darlings”. This comes from a piece of writing advice first stated by William Faulkner and made even more famous by Stephen King. The idea is that you might have sentences, paragraphs, maybe even entire chapters or characters that you adore...but make little to no sense in the context of the overall narrative. They’re personally important or favored to you, so much so that you’d let the entire narrative fail rather than remove a bad paragraph. It’s a piece of advice that I’ve been ruminating on this week as even more members of Hollywood’s elite are being named as part of a history of using their modicum of fame and position to molest and abuse men and women. It’s the very first thing my brain thought when news came out that George Takei was accused.
It should be stated up front, I’m going to probably continue using the phrase “kill your darlings” throughout this article. I’d like to preface this by explicitly stating I mean this in the literary sense of the phrase and not a literal sense of the phrase. I also do not plan on using this article to litigate or relitigate the actions of any one person’s accusations. Rather, I hope that we can have a discussion about the need to stop protecting or making excuses for our darlings - those individuals that we personally adore or mean something special to us.
When I first heard that George Takei was accused of molesting an unconscious man in his home a few decades ago, I became very still. During this recent wave of revelations regarding the perniciousness of sexual harassment and abuse by powerful men in entertainment and government, it has been very easy to hate the accused. Harvey Weinstein has had rumors swirling about him for years. Brett Ratner is pretty much the douchebag frat guy everyone hated in college. Would be Alabama senator Roy Moore is from the same mould as the man our country elected as President. The more and more names were added to the list, the more I found myself nodding my head.
Until I started hearing names of men I admire and respect.
When the names George Takei and Jeffrey Tambor were added to the ever growing list, I had to decide if I say I am an ally because this is another arrow in my Liberal Quiver to use against conservative men I already despise, or whether I say I am an ally because I truly stand against the culture of allowing the powerful to prey on women and men who aren’t as powerful or famous or wealthy or influential as they are. Typing even those last few sentences was an awakening in itself. When allies claim they are allies, it is important to understand (both to the ally and to the allied) why they claim that title.
Is it because being an ally to the LGBT community is a fun thing to be during June when there are lots of pretty parades to attend? Is it because when there’s a women’s march, you don’t want to be the guy in the office who doesn’t say he’s a feminist? Are you an ally because you don’t want to introduce your new boyfriend to your family because he’s black and you’re just not sure how they’ll react?
I mean...probably.
People become allies for all sorts of innocuous reasons, mundane injustices, but it’s what you do once you’ve come into the fold that’s important. You need to hear the voices of the oppressed, listen to their collective experiences, believe them, and work towards change. In the case of the social sea change we’re experiencing, it’s important to understand that what is being uncovered exists at all layers of social strata. It has no sexual orientation, no political affiliation, no specific income level, and no dress code. It is everywhere, you’ve probably experienced it at some level yourself, and you may even have committed some level of it, too.
So, when you find out your favorite movie star or internet celebrity or politician (looking at you, Al Franken) or trainer at your local gym or your friend’s boss or...or...or...is accused of groping an unconscious woman because he thought it would be a funny picture, or intimidated and sought sex from a teenage girl while he was in his 30s, or used his position of authority to lure women into a hotel room for his own sexual gratification, it is important to decide if you are an ally because you want to do something about the problem, or you want to get credit for being a good person.
If you’re here to fix the problem, then, allies, it’s time to embrace the idea that you must kill your darlings.
Joss Whedon, Al Franken, George Takei, Jeffrey Tambor, Louis CK, Matt Lauer, Garrison Keillor...the list will grow. It will include someone you admire. Someone you respect. Someone you may credit as an inspiration. They do not get a pass because you like their work or their advocacy or their charity. They do not get a pass because they created progressive work or championed progressive causes. They do not get to avoid consequences because you thought they were one of the good ones.
It might not sit well to accept that a pioneer LGBT figure could be guilty of the same crime as the skeezy conservative politician it’s easy for you to hate. But, you must kill your darling and recognize this is a societal disease. You must recognize that victims are only just now finding the support they need to raise their voice and tell their story, despite personal backlash or repercussion. And you must continue working to make good on your claim of being a real ally.
Love and Lyte,
Fire Lyte
Email Post
Labels: Call to Action Controversy Douchebags Feminism LGBTQ Race in America Soapboxes Sociology 101