The Supreme Court, Masterpiece Cakeshop, and what constitutes a “narrow” ruling. 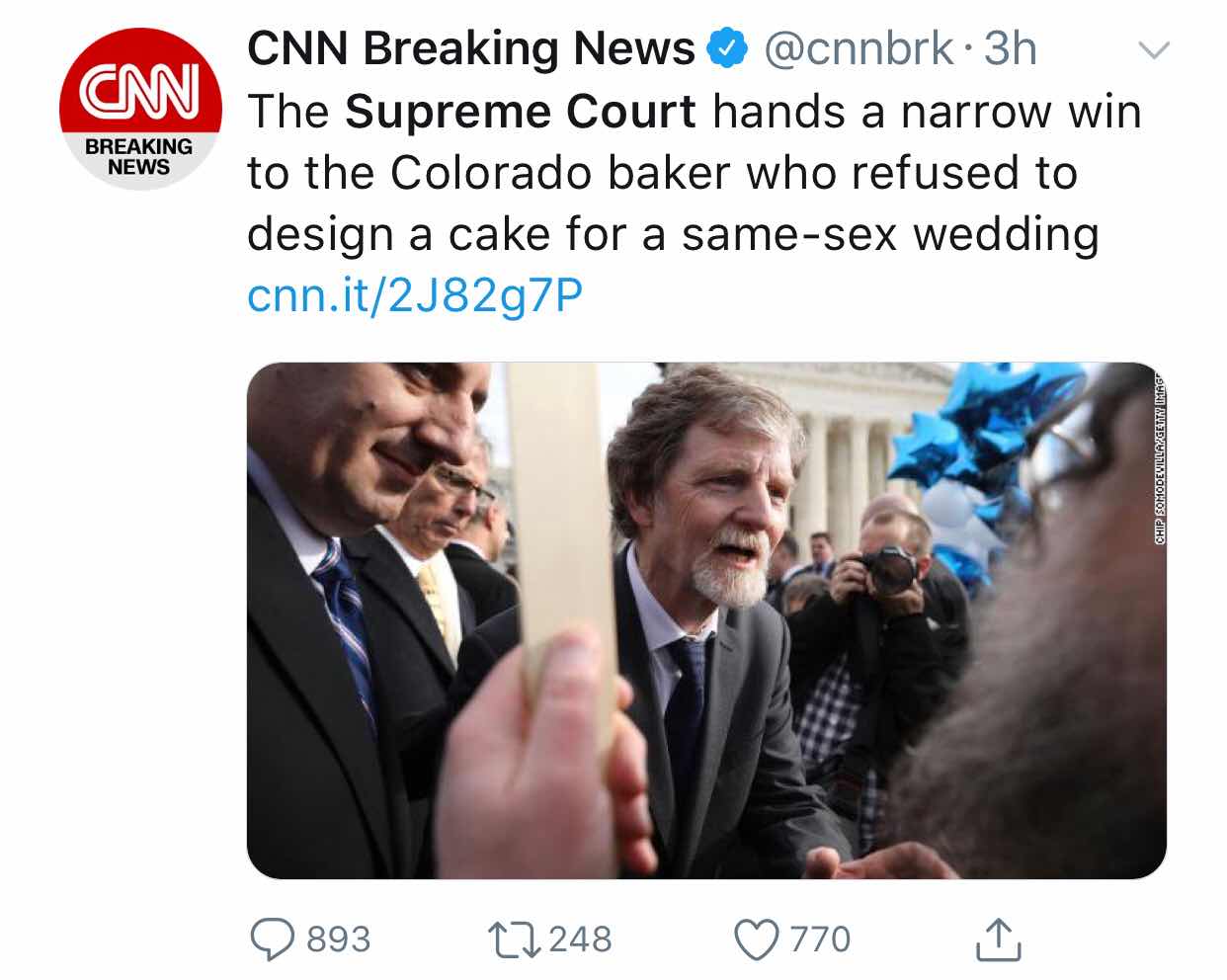 This morning your homophobic aunt gleefully posted on Facebook the fact that the Supreme Court ruled in favor of bigot bakery Masterpiece Cakeshop. They’re the folks you’ve heard about who refused to make a wedding cake for a gay couple, because baking cakes makes you tacitly complicit in gay butt sex and Jesus doesn’t like that. You may have also heard that this was a “narrow” decision in favor of the bigoted bakers, but then wondered how a 7-2 Supreme Court ruling could be considered “narrow”. Allow me to provide some clarification as to what happened and why nobody is really sure how happy and/or upset to be about it.
The case itself has been going on so long that, like the McDonald’s hot coffee case of yesteryear, it’s become a bumper sticker court case. Everyone knows about the gay folks that were turned away from a baker and sued for discriminatory practices, and that’s probably all you know about it. Without giving you the 6 year history of this very complicated court case, I’ll instead let you know that the legal merit of it boiled down to Colorado’s Public Accomodations law. This law prohibits businesses that are open to the public from discrimating against customers based on their race, religion, or sexual orientation. The couple originally won their lawsuit, but it was appealed. The state upheld the lower court’s ruling, so it was appealed again. SCOTUS, however, did not agree with the lower court ruling, and that’s why we’re here today.
The court ruled by a 7-2 majority that the ruling of the lower Colorodo Civil Rights Commission be overturned. The majority opinion, however, was not regarding whether the case had legal merit, but whether the defendant’s had been treated with legal neutrality. The Supreme Court ruled that the lower courts did not apply a necessary level of  religious neutrality which is required to protect the defendant’s Free Exercise rights.
From the opinion, written by Justice Anthony Kennedy:

Most believe that the wording of this ruling is not going to set any legal precedents. The ruling, according to Kennedy, is regarding whether the proper procedure was followed, not whether the defendants had the legal merit to discriminate against LGBTQ people while operating a public business.
Some clarity from NPR’s Nina Totenberg: 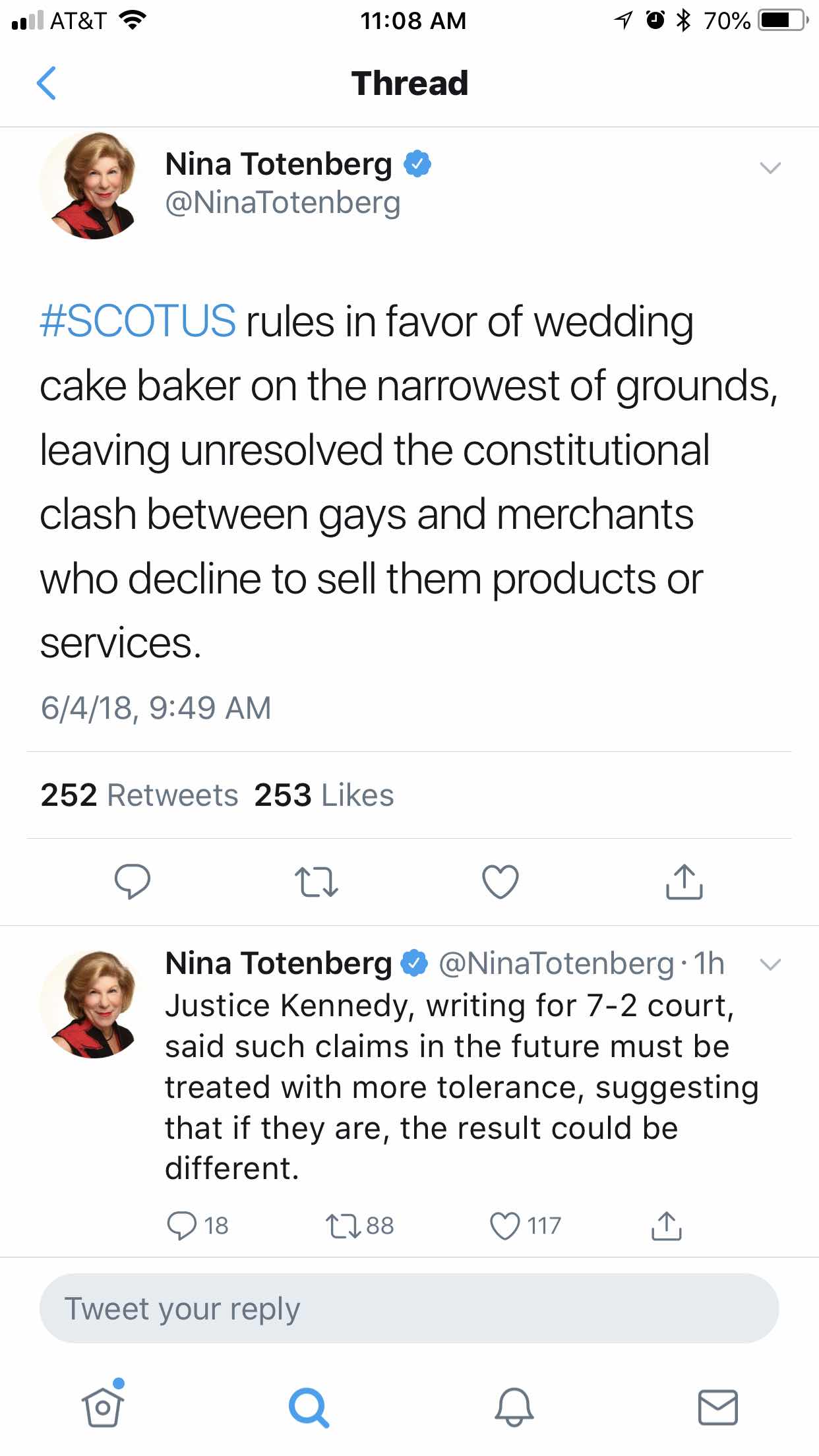 The court ruling the way it did leaves the door open for a future lawsuit to settle whether LGBTQ people can be discriminated against based on a business owner’s sincerely held religious beliefs.
The “narrow” in this instance has nothing to do with the vote count, but, rather, the intended legal scope of the ruling.
At least on paper. I humbly disagree.
Socially, your homophobic aunt, and millions of other people like her, will take this as a dog whistle that the Supreme Court of the United States has given endorsement of the idea that Christianity is an oppressed religion in a country where around 7 out of 10 of its citizens claim adherence. Defenders of right wing policies and Christian extremists will see this as a moral victory and disregard the fact that it was over procedure and not legal merit.
As is evidenced, of course, by the offspring of our...ahem...President and other conservative politicians: 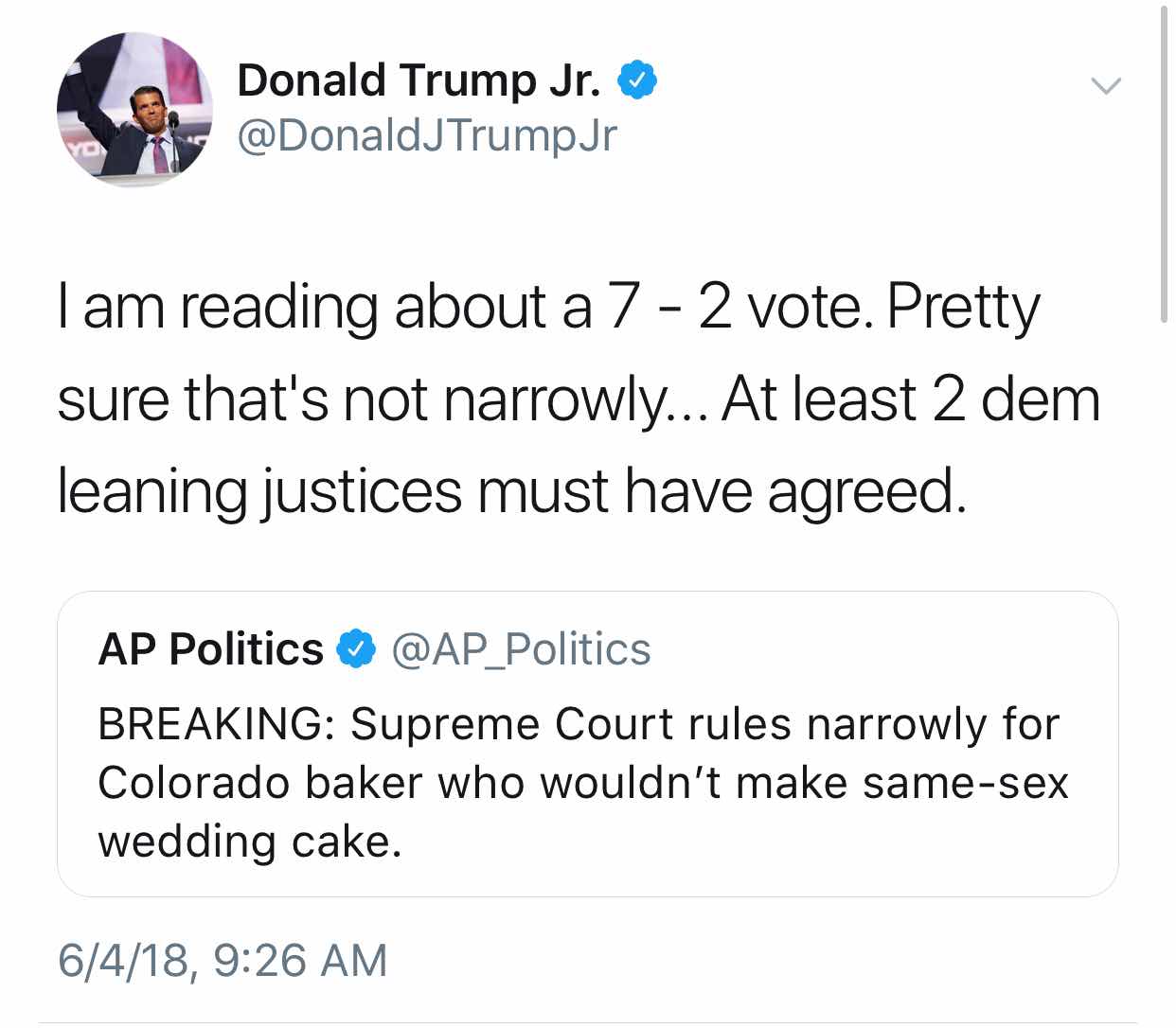 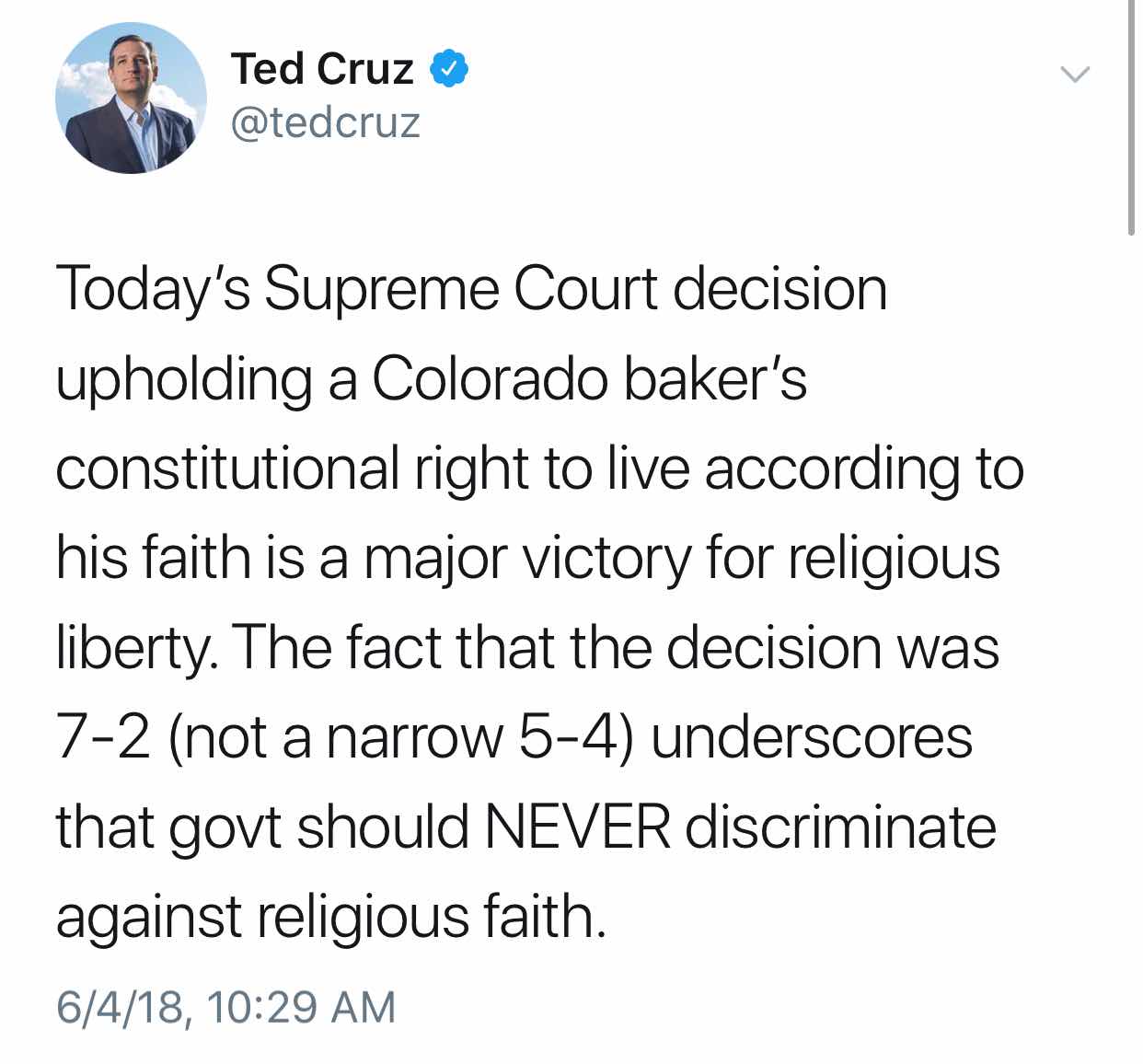 So, before folks in the middle or on the left soothe themselves with the balm that this is not a victory on merit but on procedure, take a second to see how the other side views this and the messaging they’re using.
The Right believes their majority is under siege from a callous, selfish, leftist movement that seeks to hurt all the good, heterosexual Christians. They see today’s ruling as a major win. This fight is far from over. Bet your bottom dollar that far more “No Fags Allowed” signs will be going up around the country.
Love and Lyte,
Fire Lyte
Email Post
Labels: Affairs of State Controversy LGBTQ News Religion/Politics Sociology 101