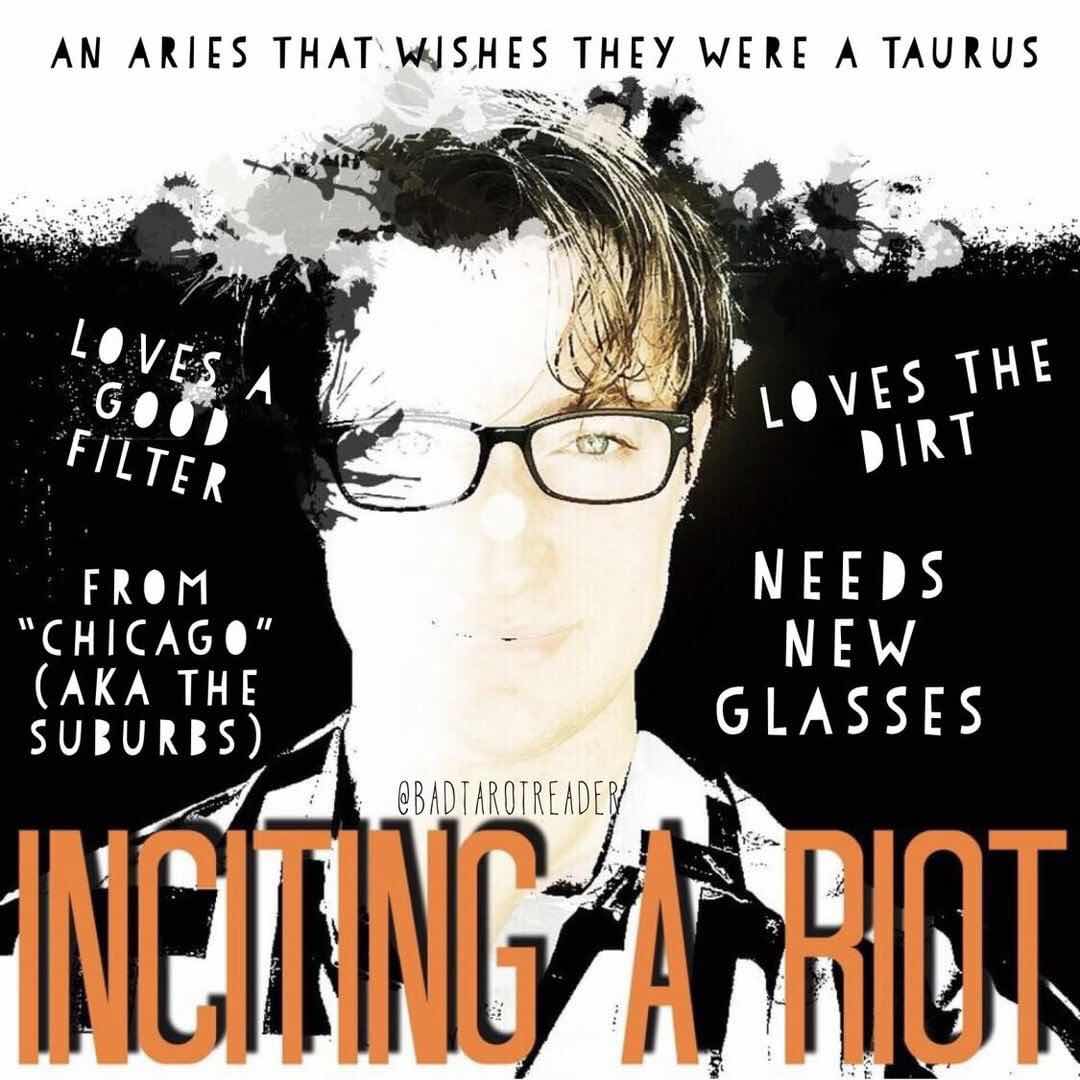 Episode 126 of Inciting A Riot: the Podcast is an interview with Matt Harris, whose hilarious memes about Tarot you’ve probably seen bouncing around social media over the last few months. We talk tarot, gatekeeping culture, and we spend a little time comparing decks. (Come on...I’m allowed one dirty tarot pun.)
For more of Matt, you can find him @BadTarotReader on Instagram or BadTarotReader.com.