When people talk about representations of magic, “witchcraft”, Paganism, etc in media, they typically mean shows like Charmed or Sabrina or The Vampire Diaries. While those shows surely have bits of inspiring dialogue or flashy effects that might speak to us about the fun side of the craft, they don’t speak - to me - of an authentic reflection of my spirituality. Instead, when asked to name media that is both inspiring and authentic, I name shows you would probably laugh about. The below is a very likely incomplete list of the lesser known or unsuspectingly charming (get it?) shows I’ve come to love in recent months. 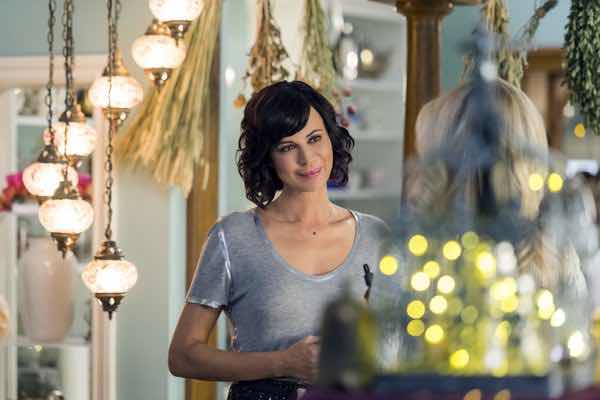 The Good Witch - a Hallmark channel drama - has always been a stalwart of how I view the practice of magic. I’ve raved about this show for years. Cassie, the main character, is undoubtedly a witch, but her magic is more likely to resemble the kind you perform. You might carry a stone with you to ease tensions at work or school. You could cook up a dish to inspire confidence. The show sees her and her cousin perform summonings, break curses, move karma along, and overall live the kind of magical life that feels as close to an accurate depiction of everyday spellcraft as I can find in film or television. It’s Hallmark, so there’s plenty of cheese and easily resolved plotlines. Nobody is ever in grave danger - well, usually - and it exudes cisgender, heterosexual, wealthy white privilege. But, for what it is, it’s pretty great. 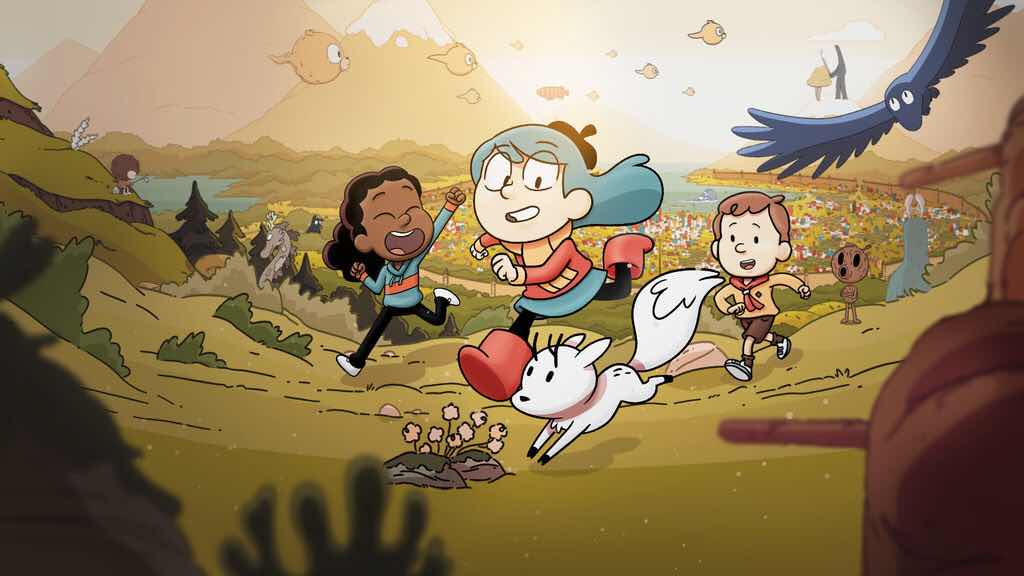 Hilda is an animated show for kids and adults alike that premiered on Netflix in 2018. It is based on the hit graphic novels series by Luke Pearson, and it features a little girl named Hilda who promptly sets about teaching you and your child that the world is filled with spirits. While this is still a fantastical setting, it relies heavily on an exploration of Scandinavian folklore. So, if you’re a bit tired of the same retreading of Zeus’ sexual exploits or Thor’s giant...hammer, you’ll be delighted by this show. If you’re like me, you’ll keep the Wikipedia app on your phone while watching so you can look up all the various and wonderful beings Hilda and her friends encounter. 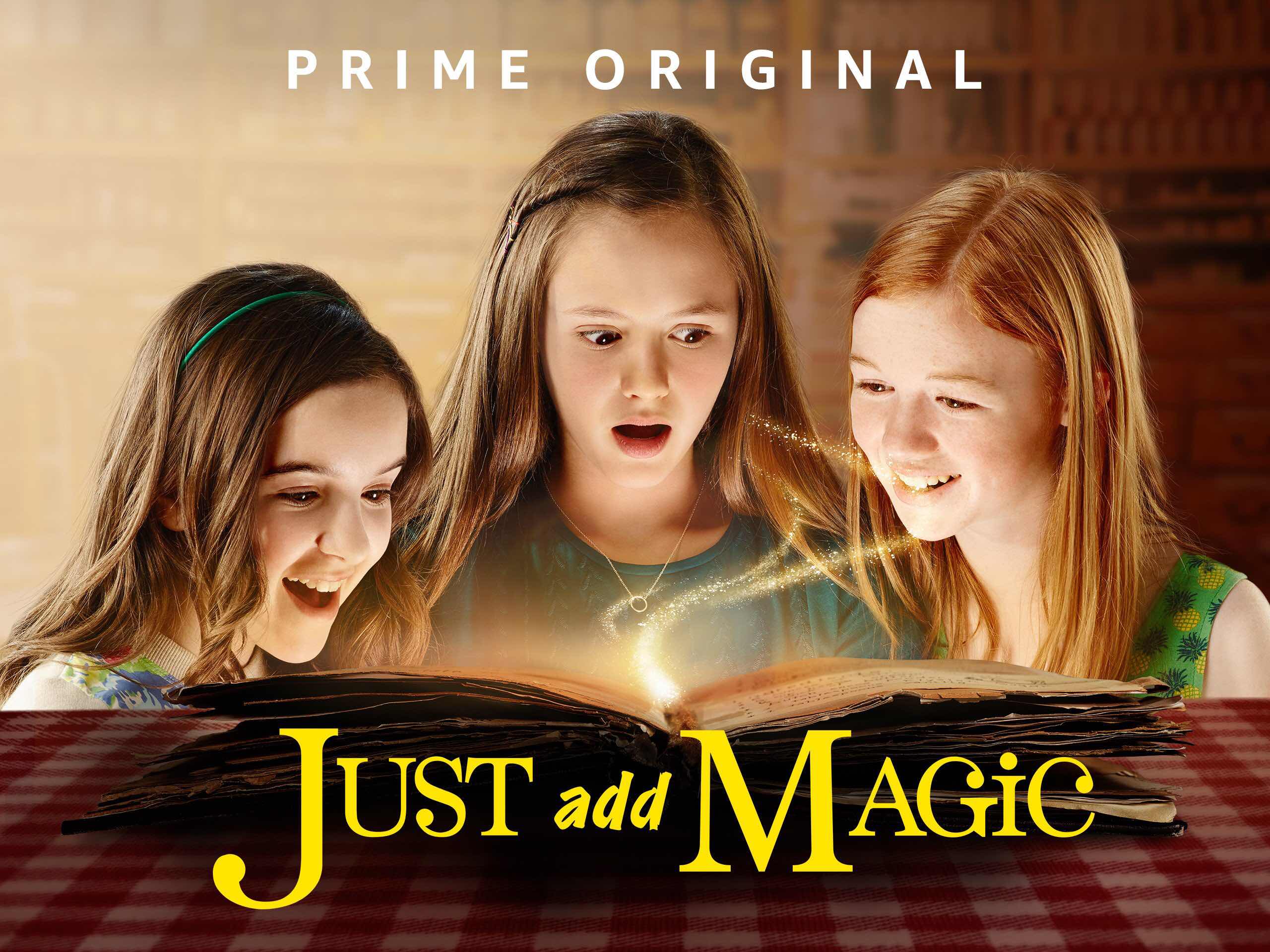 On Amazon Prime there’s another kid’s program that I’ve become obsessed with called Just Add Magic. It is also based on a book by Cindy Callaghan. This show doesn’t have much in the way of flashy magic - though in some later episodes you’ll see time travel, magic gardens, and some other sparkly bits of CGI, but these are pretty tame and not part of the majority of episodes. It honestly inspired me to dig out my copy of Supermarket Magic by Michael Furie and get back to intentionally witchy cooking. The girls find a magic spellbook in the first episode that was once possessed by the main character’s grandmother. They use the recipes to do everything from finding lost pets to improving memory. I like it because the magic is a bit unpredictable. It takes work, doesn’t solve all your problems, and usually ends up just facilitating your mundane actions. (If you want a job, you’re not going to make Job Jell-O and have a job fall in your lap. You still need to go out and apply for jobs. You just might be more likely to get an offer quickly.) 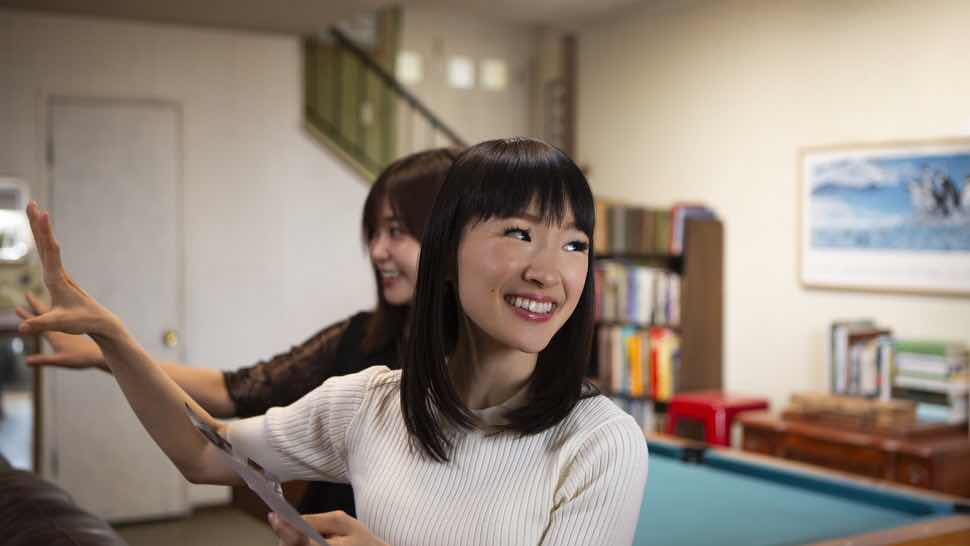 The most recent addition to my OMG THAT IS SO MY KIND OF PAGANISM list of shows premiered 4 days ago on Netflix. It’s called Tidying Up with Marie Kondo. HEAR ME OUT! It’s a show where a nice little Japanese lady comes into your home and teaches you how to keep your home neat and organized. (I SWEAR IT IS PAGAN-ISH...keep reading...stop rolling your eyes. ...put that tongue back in your mouth, too.) Kondo spent 5 years as an attendant maiden at a Shinto shrine, and the religion’s animism is apparent throughout the show. Before Kondo begins, she greets your home, and teaches everyone she meets how to appreciate the spirit and effort immanent in all the things in your life. If the events of this show are not an example of magic in action I cannot think of a show that is. Her clients discuss how the energy in their homes and personal spaces changes as they move through her method of tidying, which includes giving a heartfelt blessing to any items being discarded and a focus on keeping that which gives you joy. There are no flashy before and after photos. This is not a makeover show. There is no furniture budget or professional stagers. There is no judgement about what “tidy” looks like from one family to the next; it is simply a focus on joy and elevating energy. (It’s also incredibly inspiring if you’re like me and feel like decluttering and organizing your life is one of the most anxiety-inducing things you can do. It’s daunting.)

What are some unexpected sources of witchy or Pagan inspiration you’ve found in film or tv in the last year?