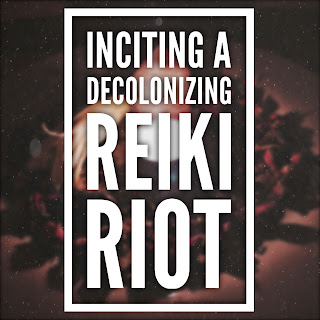 Episode 153 is an interview with Marika Clymer, an Own Voices Japanese-Ainu American reiki practitioner whose efforts to decolonize this traditional Japanese healing modality on social media have garnered her a lot of attention. She pulls no punches in discussing the many ways white practitioners unapologetically take from BIPOC spiritualities and the ways in which many of these practices have been white-washed and sanitized to appeal to white audiences in the United States.

Some topics in the discussion include: The medicalizing of reiki in the 19th century, internalized racism both in and out of BIPOC communities, the idea of becoming a "reiki master" over a weekend, "love and light", performing reiki remotely, honesty and integrity when it comes to discussing your spiritual experiences, and drag queens.