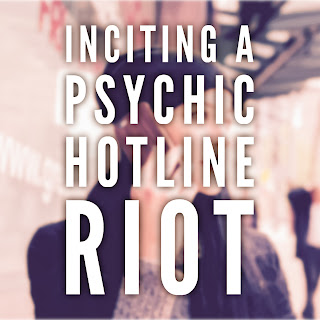 Episode 156 of Inciting A Riot is an interview with "Sarah". Her name has been changed and identity protected in order to discuss her profession: being a phone psychic. Were her identity to be revealed, she would almost certainly lose her job and possibly face legal action. For this reason, I'm not releasing the video version of this episode on Patreon as per usual.
Sarah talked to me about what it's really like working for a psychic hotline, including the interview process, quality control, abusive behavior by both the psychics and clients and pretty much anything else you've ever wanted to know about the realities of these businesses. I found it to be a fascinating discussion and think you will, too.