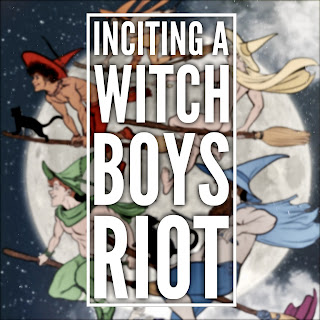 Episode 157 of Inciting A Riot is an interview with Joe Phillips. Joe is a comic book artist with an impressive resume that includes Marvel and DC, and he is also the creator of the viral witchy sensation "Witch Boys", which features a diverse array of queer men as witches. We chat about the comic book industry, authenticity, and inclusion in media, and the sometimes uncomfortable compromises one makes when making a living as a full-time artist.

To find more about Witch Boys, you can visit the official website here.

Because it is December, there is a lot of talk in the ether about "best of" style lists and reviews alongside a general push to tell people to "be positive". I felt it was a good a time as any to talk about the intersection of "toxic positivity" and honesty. If you don't feel like hearing me talk about it, the interview with Joe starts at 18:45.