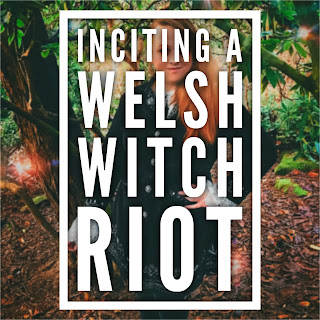 Episode 161 is an interview with Welsh witch Mhara Starling, whose TikTok has gone viral in recent months for reviving ancient Welsh Paganism for a new generation. I'm particularly excited for this conversation, because, as a trans woman, Mhara's experience navigating the Pagan community - that is often so focused on sex, gender, and fertility - is part of a long history of queer people navigating Pagan spaces in a state of discomfort or having to work to make the heteronormative teachings work for us. We discuss being a trans witch in a community so focused on gender and fertility, carpet witches, and the beauty of bad reviews.

Quick note: I mention this in the podcast, but I want to state it here on the blog as well. Given the nature of the show and the fact that the previous format focused so heavily on current events that by dint of being current events are now outdated or possibly problematic, I will begin archiving old episodes at the end of this morning. The audio was pretty rough in those first few years, and I wasn't as careful keeping my mundane and magical identities separated, and these are all things I'd like to remedy as the show has found new footing and a new direction. Those archived episodes will be available for Patreon supporters at a new tier beginning at the end of this month.