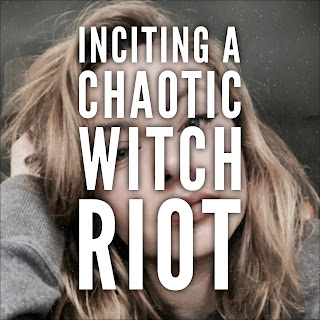 Episode 163 is an interview with the Chaotic Witch Aunt, Frankie, who is one of the social media stars who rose to prominence during the 2020 lockdown. As people turned to new ways of connecting during the pandemic, such as TikTok, comedians, home chefs, and even a few witches, became overnight household names. These content creators are emblematic of the way in which witchcraft is being discovered, researched, and practiced in 2021. At the tippy top of those social media witches is a young practitioner named Frankie, aka Chaotic Witch Aunt, who just passed 1 million followers on the social media app TikTok.

We sat down for a chat to discuss how social media has transformed Pagan scholarship, the pitfalls of mixing content meant to entertain with practical tips, what it means to be canceled, the responsibilities of ethical content creation, and where all those cute sweaters come from.

Patreon supporters heard this show first! Consider giving a small donation to Patreon.com/IncitingProjects! You’ll get cool rewards like video and audio content with bonus pre-show chat from Inciting A Riot, as well as bonus extras not published anywhere else (like archived episodes!)! Patrons are charged on a per-creation basis, so you only pay for the content you want!