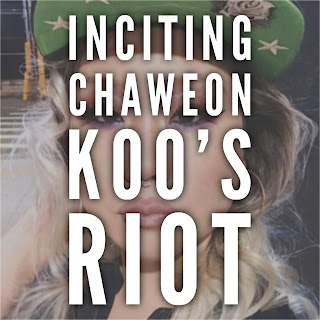 Episode 164 is an interview with magical makeup artist, occult researcher, and atheist witch Chaweon Koo. The conversation is an impactful deep dive on the nature of leadership, how to be an ally, skeptical spiritual seeking, and conspiracy theories.

Find more of Chaweon on social media @HiChaweon or on her YouTube channel.

Patreon supporters heard this show first (and got over 20 minutes of additional content)! Consider giving a small donation to Patreon.com/IncitingProjects! You’ll get cool rewards like video and audio content with bonus pre-show chat from Inciting A Riot, as well as bonus extras not published anywhere else (like archived episodes!)! Patrons are charged on a per-creation basis, so you only pay for the content you want!