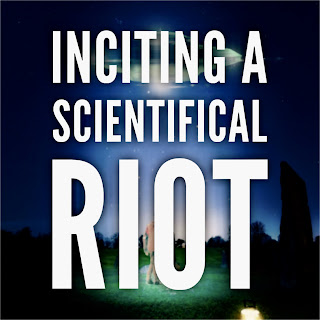 Have you ever seen those food videos on YouTube where a chef or a food scientist tries out a series of “food hacks” found in those viral videos by places like 5-minute crafts or Blossom? The “hacks” as they’re commonly called showcase a new, easier way of cooking in well-edited videos lasting only a few seconds per recipe. Ostensibly, this is to help folks who don’t have a lot of cookware on hand or prior skill make something delicious in a way that’s cheap, accessible, and easy. Making brownies in a paper bag or caramel corn with a bit of candy and some kernels.

These videos are made in a way that most people find not only aesthetically pleasing, but enjoyable to watch and rewatch, to share with their friends, and, of course, to try and replicate. Some of the biggest channels on YouTube are these life hack or food hack videos, garnering hundreds of millions of views across multiple channels and raking in large sums of money for the never-seen owners of the channel.

Invariably, what the chef or food scientist realizes pretty quickly is there is a problem, several actually, with these slick, trendy videos: there are no lists of ingredients used, no temperatures provided, no times given, and no narrator telling you what they’re doing. So, when the expert attempts to replicate the video they immediately run into some problems and typically need to have a fire extinguisher on hand.

The food scientist or experienced chef can usually break down exactly why the hack doesn’t work as they’re showing you the technique used in the viral video. Either the recipe is missing a key ingredient that would cause the bread to rise or the video tells you to use something that would fall apart in real life. What is most often the case is, if you look closely, the videos are edited in a way that the end result is an already prepared dish that wasn’t made using the hack.

What does this have to do with a podcast about witches and other magical people? Well, we have similar issues with trendy, viral videos. Except, in our case, they typically come in the form of supernatural claims, ghost hunting videos, and the broad reaching world of paranormal entertainment programs.

In these videos you might see a person performing a feat of magic or displaying a supernatural ability - such as walking on water or fire - as proof of their gifts. In other videos, you might hear an investigator give long, detailed explanations about all of their technical equipment and how it will prove or disprove the presence of a ghost or other being.

While many people online making recipe videos or showing off life hacks or, as is the case in our topic today, hunting ghosts are doing it in good faith…there are a few out there that aren’t and they tend to be the most visible.

Going viral is a goal for a lot of people putting content online. It represents the chance to be seen by millions of people and to suddenly experience fame, receive a financial windfall, or accrue a legion of adoring fans hanging on their every word. Some people seek all three of those, some only one, but in either case what they’re usually seeking isn’t to provide a legitimate good or service to the world, but to increase their own standing in it.

This distinction is important, because it illustrates that the person’s motivation might end up causing harm on you, the end user. Harm can look like a lot of things. If you don’t know how to temper chocolate properly or how to handle it, you can do anything from destroy your cookware to need a trip to the ER to treat a burn. Likewise, if you are not cautious, a bad faith paranormal entertainer might take your time, money, or worse.

Kenneth Biddle joins a long line of people who investigate big claims of the possibly paranormal. Like his mythbusters predecessors, Biddle employs a knowledge of scientific research, fact checking, and common sense in his attempts to provide context and reasoning for some of the bigger, more outlandish claims of the paranormal floating around the internet today. He is my guest today in a long, important discussion about the science behind ghost hunting, the tools used and misused by paranormal entertainers, the spectrum of potential harm, and, of course, cryptids.

If you like this show and want to support it, there are a number of ways to help. Consider liking and sharing it on social media. You can also rate the show 5-stars on Apple Podcasts and leave a review.

Help keep the show free and producing on a regular basis by chipping in whatever you can. You can buy me a Ko-fi (a one time donation of your choosing) https://ko-fi.com/incitingariot or join my Patreon on a monthly basis. Patrons receive additional audio and video content as well as archived episodes, a private Discord server, and monthly chats with special guests! Sign up at Patreon.com/IncitingARiot.

Pre-order my book, The Dabbler’s Guide to Witchcraft, here: https://bit.ly/DabblersGuide